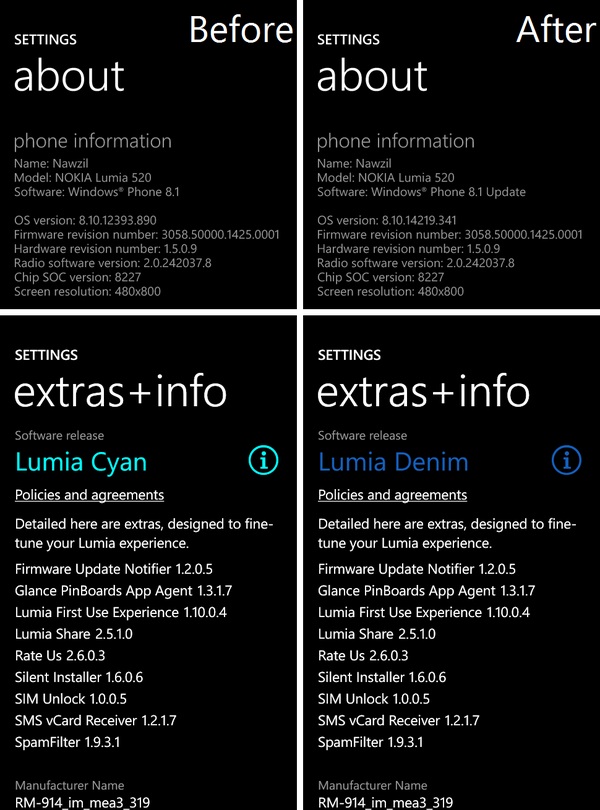 This was brought to your notice by others too, but none of our device received the update in India yet. Now, a nicely done screenshot comparison of before and after scenario of the Lumia Denim update shows that Lumia 520 receives only the OS update to 8.10.14219.341 and firmware version remains unchanged. The Lumia Cyan name changes to Lumia Denim, though in Extras+info.

We reported a “funny bug” that was already changing firmware name in the “Extra+info” to Lumia Denim, if you disable preview for developers. This doesn’t look like a bug anymore and may be with OS version updating to 8.10.14219.341, firmware name automatically changes to “Lumia Denim”.