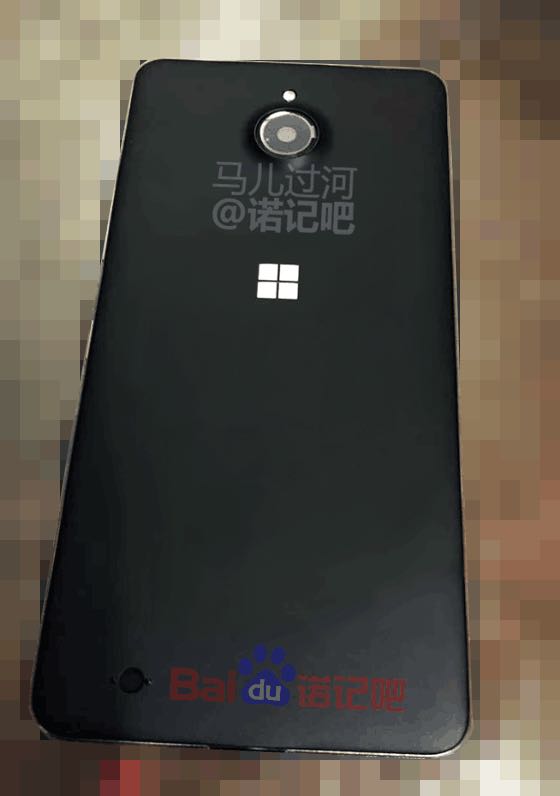 We reported leaked video and images of what appeared to be CAD sketches of claimed Lumia 850 with size-specs of 155.90 x 77.23 x 6.92 / 8.50 mm. The specs fall into the Phablet category. Now, some real-life images of a prototype have leaked in China that resembles to the CAD sketches and also reveals the front of the device for the first time.

You can notice a front facing flash (or May be an Iris Scanner) near the FFC in the above image. The leakster also speculates that it may have 5.7-inch, 1080 display and Qualcomm Snapdragon 617 as the processor. This takes us to our original report via our sources that had claimed two higher-end mid-rangers as coming, long time ago.

We have just reported a new devices with variant code RM-1182 passing certification In Indonesia. Recently we saw a statement from Microsoft that more Lumia devices with Iris scanners are coming and that makes one or more of the upcoming devices (Lumia 750 & Lumia 850) more exciting. We had also reported via our sources that Lumia 850 is also under testing but we don’t see it coming before February- March next year.