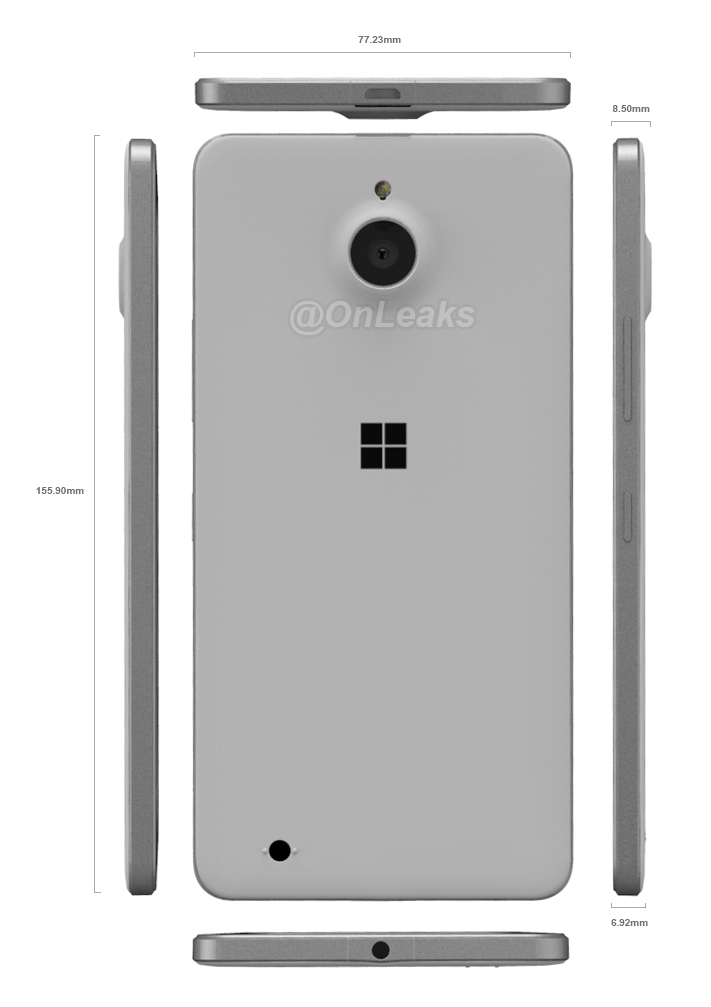 Leakster OnLeaks has claimed to get information about upcoming Lumia 850 and they have posted images and a video that gives a 360-deg view of Lumia 850’s Industrial design. You can notice a slim body and metallic frame. The design sketches claim the size specs to be 155.90 x 77.23 x 6.92 / 8.50 mm.

Now Evleaks has something to add. Lumia 850 will have a front-facing flash as per the latest tweet from Evan Blass. He has also mentioned that Lumia 850 is codenamed Honjo.

.@OnLeaks In real, non-CAD life, Honjo has gold-colored trim and a golden Microsoft logo on the back (as well as a front-facing flash).

Recently we have reported a statement from Microsoft that more Lumia devices with Iris scanners are coming and that makes one or more of the upcoming devices (Lumia 750 & Lumia 850) more exciting. We had also reported via our sources that Lumia 850 is also under testing but we don’t see it coming before February- March next year.