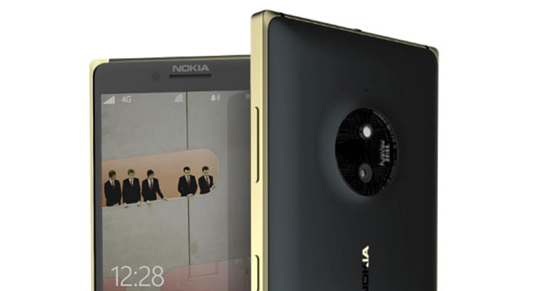 So, we reported about Gold edition of Lumia 830 getting released in China today and now its seems,  it is not only Lumia 830 but Lumia 930 too has got a bling avatar. Good or bad news is that unlike the leaked Lumia 830 image, the back will still be of White and Black colored polycarbonate and only the sides will have anodized Golden hue.

Another good news is that these Gold edition Lumia 930 and Lumia 830 will be available outside China too and in selected markets in Europe, Asia Pacific and China, and India, the Middle East and Africa.

The Lumia 830 Gold is expected to be available in black and white in February. This smartphone can be purchased in select countries in Europe, Asia Pacific and China, and India, the Middle East and Africa. The price will vary by region and operator.

The Lumia 930 Gold will be available in black this week and in white towards the end of January.

This smartphone can be purchased in select countries in Europe, Asia Pacific, the Middle East and Africa and China.