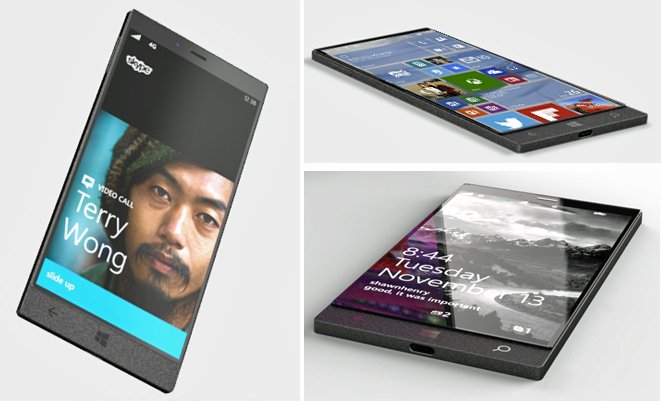 We had reported about a Surface Phone with more powerful Intel Chip than SoFia LTE in works. We also shared some probable specs via our sources and the Intel Phone was supposed to arrive by end of 2016.

Though later Microsoft abandoned all plans to ship a Surface Phone with Intel chip inside and what is reportedly under works should run Snapdragon 830. Intel has also ceased future development of any Smartphone Chips and killed its SoFia processors. Read our Full Surface Phone coverage by clicking here.

Now Evan Blass of Evleaks fame has posted some images of a cancelled Intel Chip powered Windows Phone on Twitter. The images not only reveal the design but the leaked marketing material has wireless Laptop Dock in picture. We recently reported that Microsoft may launch ARM powered Surface Phone with Laptop Accessory in 2017.

Have a look at the leaked images of the Intel powered (cancelled) Windows Phone above and below.