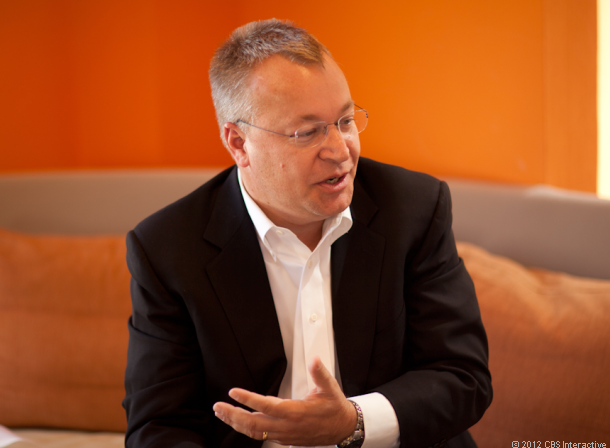 Life comes full circle for some!! The man who came to Nokia from Microsoft amid accusations of being a “Trojan Horse” and had even lived up to the prophecies of Nokia’s doom (in terms of the being the Phone major) as its outgoing CEO finds himself out of Microsoft now!! With the latest restructuring Microsoft has decided that it is right time for him to retire from Microsoft!!

“We are aligning our engineering efforts and capabilities to deliver on our strategy and, in particular, our three core ambitions,” said Satya Nadella, CEO of Microsoft. “This change will enable us to deliver better products and services that our customers love at a more rapid pace.”

Changes to the Senior Leadership Team include the following:

Executive Vice President Scott Guthrie will continue to lead the Cloud and Enterprise (C+E) team focused on building the intelligent cloud platform that powers any application on any device. The C+E team will also focus on building high-value infrastructure and business services that are key to managing business processes, especially in the areas of data and analytics, security and management, and development tools. As a part of this announcement, the company will move the Dynamics development teams to the C+E team, enabling the company to accelerate ERP and CRM work and bring it into the mainstream C+E engineering and innovation efforts.

Executive Vice President Qi Lu will continue to lead the Applications and Services Group (ASG) focused on reinventing productivity services for digital work that span all devices and appeal to the people who use technology at work and in their personal lives.

As a result of the organizational moves, Stephen Elop, Kirill Tatarinov and Eric Rudder will leave Microsoft after a designated transition period. Unrelated to the engineering restructuring changes, Chief Insights Officer Mark Penn has decided to pursue another venture outside Microsoft and will be leaving the company in September.

While at Nokia, Elop took some controversial decisions like killing Symbian abruptly and opting for Windows Phone over Android (that was considered by many as the logical successor to Symbian) as the replacement of Symbian. Windows Phone’s current status as the 3rd mobile platform can be largely attributed to his efforts though!!