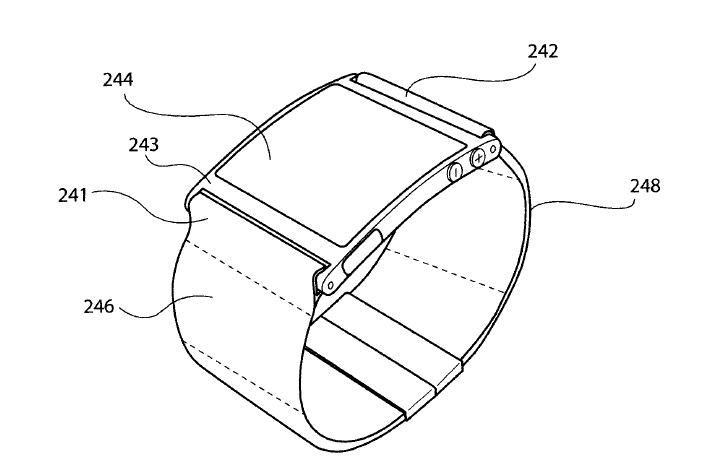 A recently granted Nokia Patent gives us some idea about the depth of Nokia’s research work in the field of Smartwatches or Smart Bands. Not only the patent reveals some of the possible Smart watches designs but also demos some possible ways in which notification may appear on the Smartwatches. The patent is not limited to a particular design or a particular way of displaying notifications and talks about many watch / band designs and notification display possibilities. There can be many kind of touch displays including Hover interaction capable and even 3D ones.

Smartwatch can come with a camera too and may have a band, a strap, a bracelet that may be rigid, flexible, stretchy, foldable, curvable, deformable or bendable. It may have one single primary display or even the band / strap may have a single of multiple displays.

From time to time, miscellaneous events may occur. In such circumstances, a user of an electronic apparatus may find it desirable to be alerted of the occurrence of an event via one or more of the user’s electronic apparatuses. In at least one example embodiment, an event is an application event, a system event, a text event, a call event, an emergency event, a transportation event, and/or the like. For example, receipt of an incoming phone call on an apparatus may be a call event. Receipt of a text message may be a text event. Receipt of a social networking message by way of a social networking application may be an application event. Reaching twenty-percent battery capacity may be a system event.

New Nokia has been interested in smart wearables and health related devices, though a Android based smartwatch project under “HERE” team was scrapped but may come under the Nokia brand. The research work is going on, as another newly published Nokia patent that we have reported earlier talks about a health-oriented wearable band. The most interesting part about this device seems to be the ability to contract to enable proper contact with body to take correct health related data with help of sensors and and expand to provide comfort to users at other times.