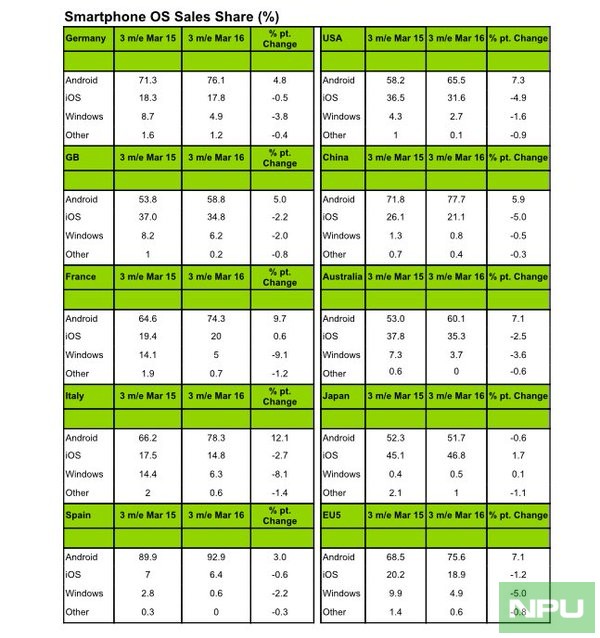 How low can it go, that is the question every Windows Phone fan would be asking to himself watching the Windows Phone’s already smallish market share slide further. Kantar Worlpanel report for three months ending March 2016 confirms the steep decline in Windows Phone sales share in once-strong and traditionally supportive European markets. The sales share has touched low of 4.9% as compared to 5.9% last month. Compared to last year same period it is a decline of more than 50%. Only market where it has hold steady in Europe is UK, where the sales share has been 6.2% in March and February. As per Kantar, most of the deserting Windows Phone users have switched to Android,

In the EU5, iOS share declined from 20.2% to 18.9% in the three months ending March 2016. Windows phone sales dropped five percentage points to become 4.9% of overall smartphone sales in the region. Nearly 7% (6.6%) of new Android customers came from Windows, vs. just 3.3% from iOS. Among new iOS buyers, 2.6% migrated from Windows.

Only market where there is a very minor rise is the “Microsoft’s key focus market” US where sales share is at 2.7% compared to 2.6% in February.