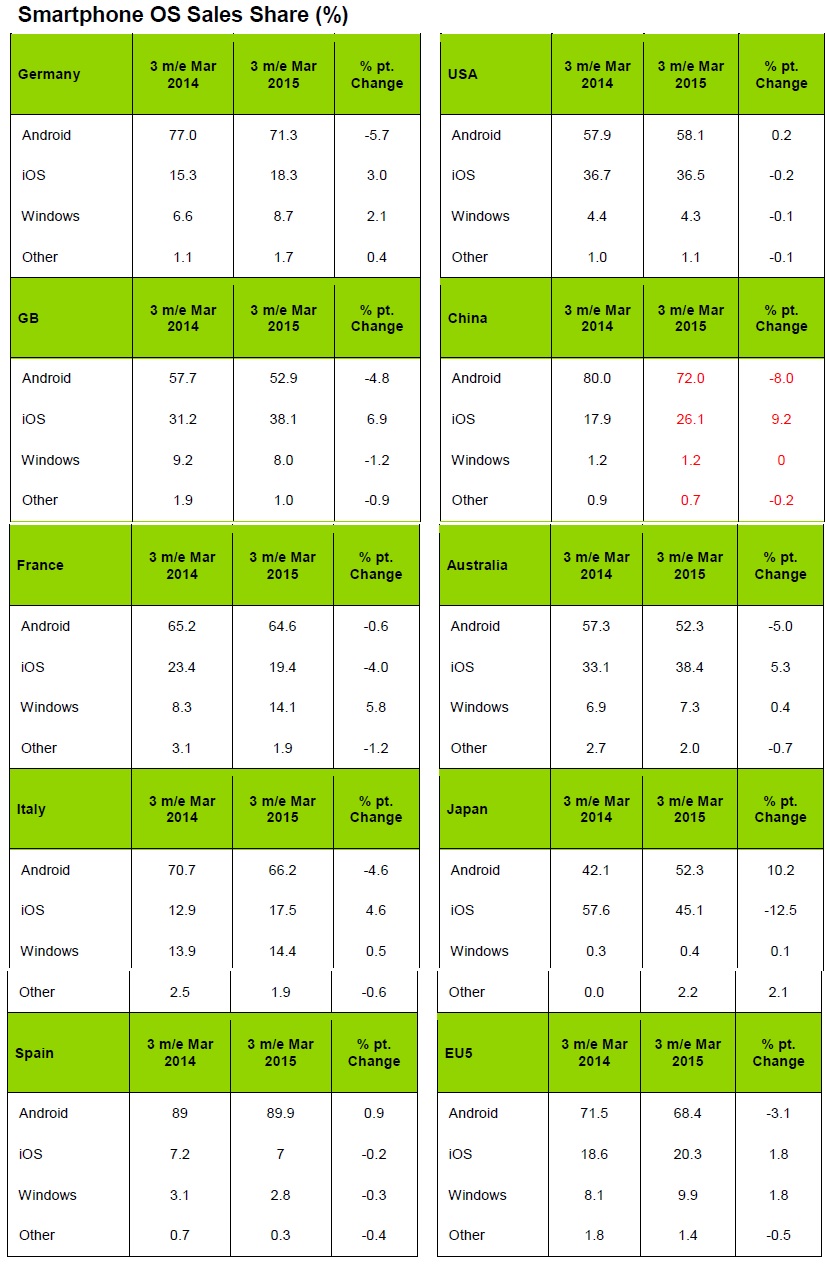 Kantar Worldpanel’s smartphones sales share report for 3 months ending March 2015 has some good and not so good news for Windows Phone fans!! It seems that while sales share has gone up in UK, Germany and China Month on Month, Australia and US have seen some decline. Read the last Month figures here. If we talk about Year on Year sales share comparison however, Windows Phone has grown in most of the markets.

In China, Windows Phone has seen sales share growth from 0.8% to 1.2% Month on Month from  February 2015 to March 2015. This is good news considering that Windows phone sales share in China has remained mostly below 1%.

Microsoft has recently announced some compelling devices starting with Lumia 535 and has continued this trend with likes of Lumia 435, Lumia 532 at low-end. The very recently  announced and now available mid-rangers like Lumia 640 and Lumia 640 XL should also help Windows Phone to capture more sales share in coming months.