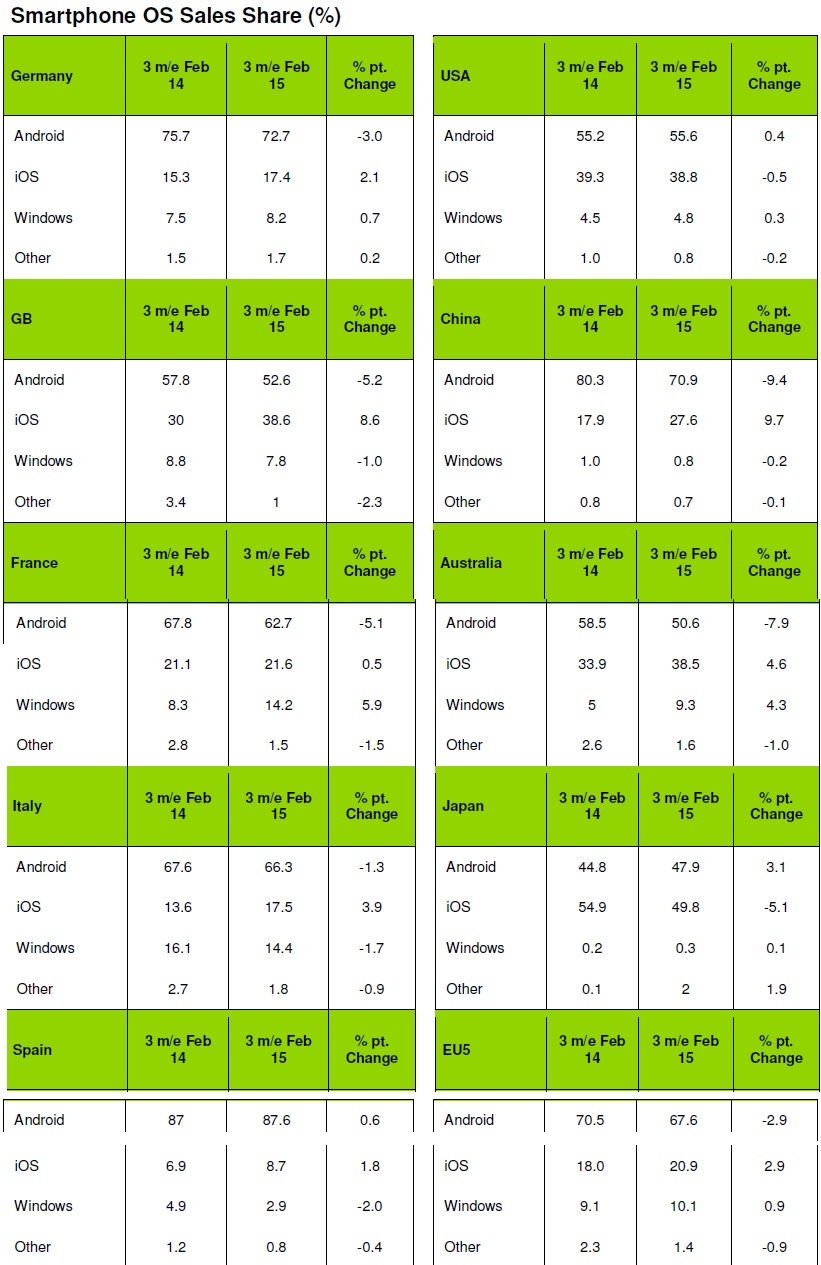 Microsoft has recently announced some compelling devices starting with Lumia 535 and has continued this trend with likes of Lumia 435, Lumia 532 at low-end. The very recently  announced and now available mid-rangers like Lumia 640 and Lumia 640 XL should also help Windows Phone to capture more sales share in coming months.