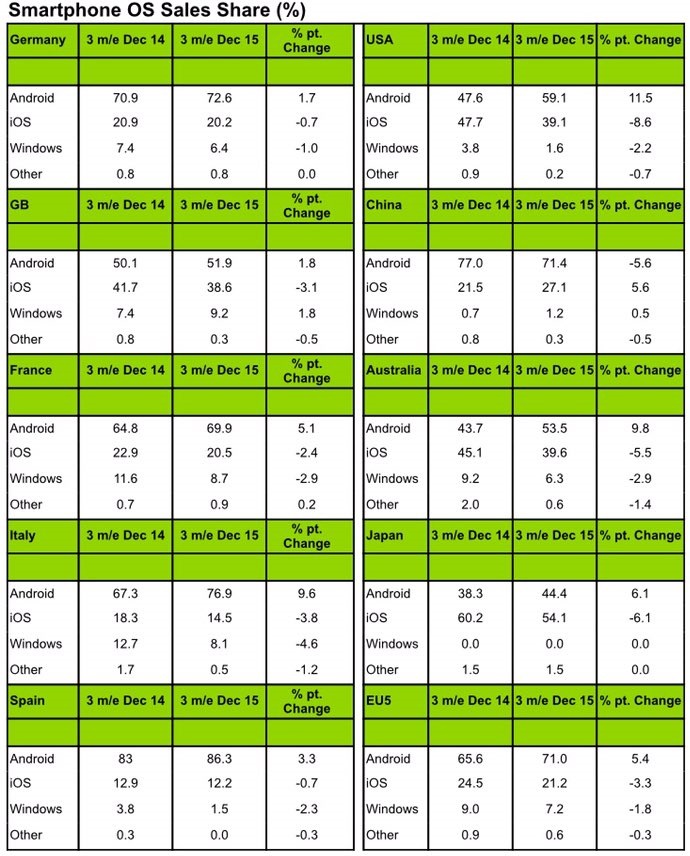 It has touched a low of 7.2% sales share in EU5, the five major European markets, usually a stronghold. In US, it commanded only 1.6% sales share, that looks like a major dip. Even markets like Australia, Italy and France have seen sales share decline as compared to same period last year.

The only bright spot has been the sales performance growth in UK as compared to the same period last year. It is also worth noting that sales share has gone up in China, but it still remains at a low of 1.2%.

With launch of Lumia 950 and Lumia 950 XL, Microsoft catered to the high-end market segment, but budget-friendly Lumia 550 became available only in late December in the markets. So, this may be one of the reasons for dip in sales.