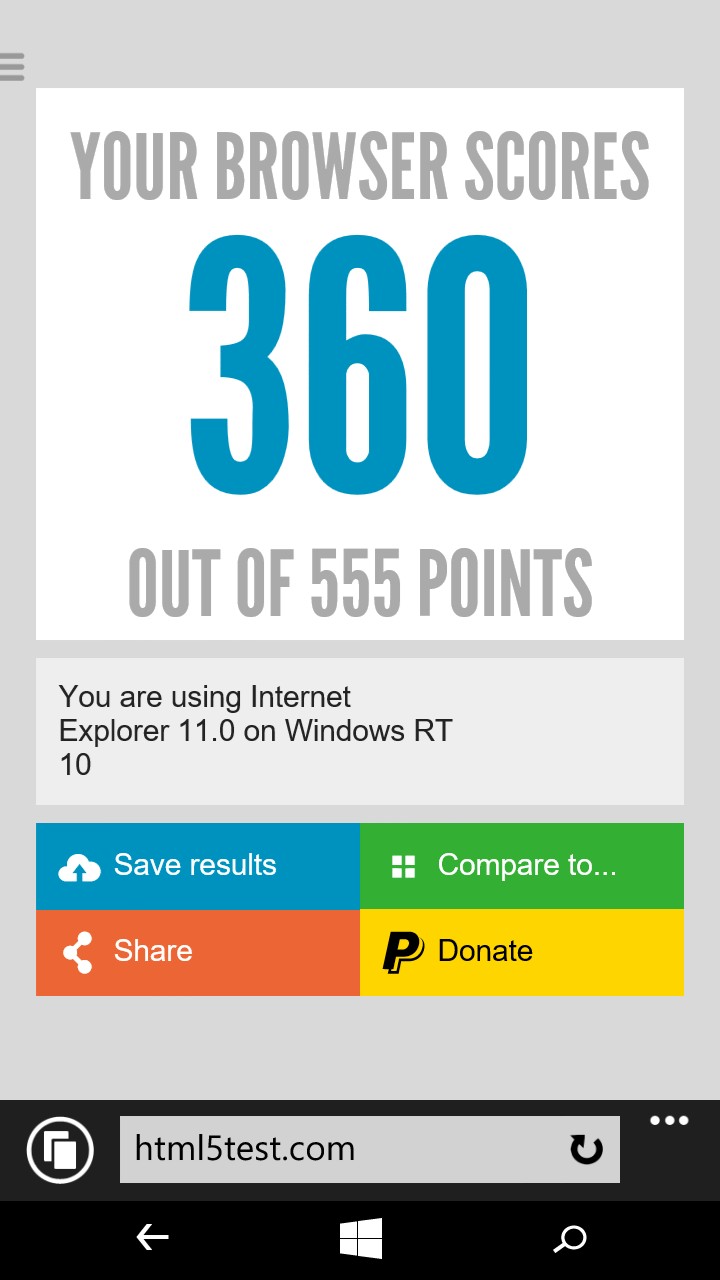 Microsoft has confirmed that the Internet Explorer on Window 10 for Phones first preview build, 9941.12498 uses the latest rendering engine that will be used by upcoming Spartan browser.

In today’s preview build, the new rendering engine is hosted within Internet Explorer. Project Spartan, powered by the same new engine, will replace Internet Explorer on phones in a later preview.

So, after running the HTML5 test on my Lumia 730 running Windows 10 Phones build 9941.12498, we achieved best score for Internet explorer yet. As you can in the screenshot it scores 360, while the previous best score varies around 344-346 on mobile and desktop both. Check all the previous scores here.

With Spartan coming into picture using the same engine, we can expect the scores to go up further.