Skip to content
You are here
Home > Latest Posts > HTC made lots of noise about “dual-membrane microphones” aka HAAC mics on its official blog. 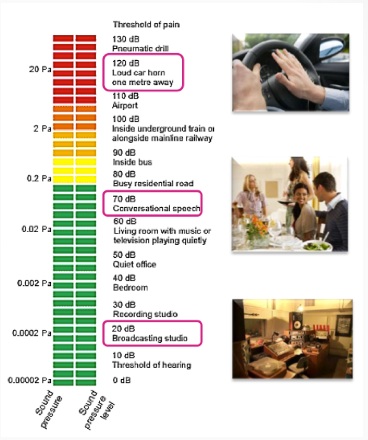 Sometime back Nokia Conversations has posted an article with a title “Make a lot of noise for Nokia’s HAAC recording technology“. This article was published on 9th April and presented Lumia 720 as an example.

Now, HAAC mics were present right from 808 PureView, where they found the best possible use in “Rich-recording” to Lumia 920, Lumia 8XX and even Lumia 620. But we all know how good Nokia is at promoting innovative features of their own products!! Example is an official blog post by HTC on the so-called “dual-membrane microphones” in HTC One and do you know what is the date of the post: 5th march :P!!

It’s the concert of the year, easily the best seat in the house, and you pull out your smartphone to create the perfect live video of your favorite song. When you try to share the video later the harsh reality sets in; the sound is completely distorted and you can’t share this video with anyone.

Or, perhaps you’re at the back of the classroom, trying to record the professor’s final lecture before the big test, only to find the recording produced a lot of “hiss” and an unintelligible voice from the front of the room.

That is, until now, with the new HTC One and its built-in “dual-membrane” microphones.

Now you know, why we sometime think that Nokia must hire a more dedicated team to highlight even the patented features of their “own products“, which are highlighted in a much better way by others, who copy them, shame!!

Anyways coming to the HTC blog post, it is really interesting to read comments now, when they have been caught “Quietly copying” Nokia’s innovations one after another :P.