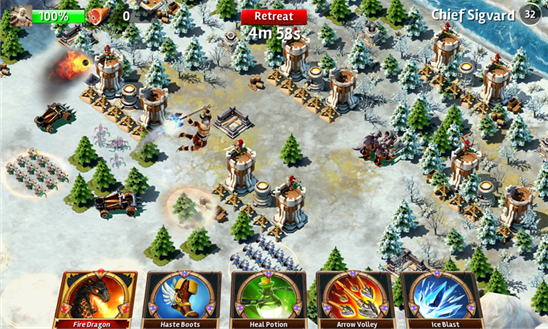 Siegefall has received anew update for Windows 10 and Windows 10 devices. The latest update 6, bringing you an agile NEW Hero and fearless Spirits to fight alongside you in your battles throughout the Divided Lands! Also included are NEW Card Fusion and Rune System improvements for a better game experience.

A TIGER TO LEAD YOUR ARMY!

• Geru Ashenfang is a mobile melee fighter that can dash through targets to either build up damage or cross the map faster.

• Luxeros, a protective Unicorn, is the first Light-elemental Spirit and can provide the Hero with a shield when the pair destroys a tower.

• You don’t want to cross Fenris! This blood wolf is the first Dark-elemental Spirit and attacks more viciously as the battle drags on.

• Trial of Heroes! Bi-weekly events targeted to specific Heroes. Unlock them all and go to battle to win amazing resources!

Check out the Siegefall: Update 6 Trailer! below: