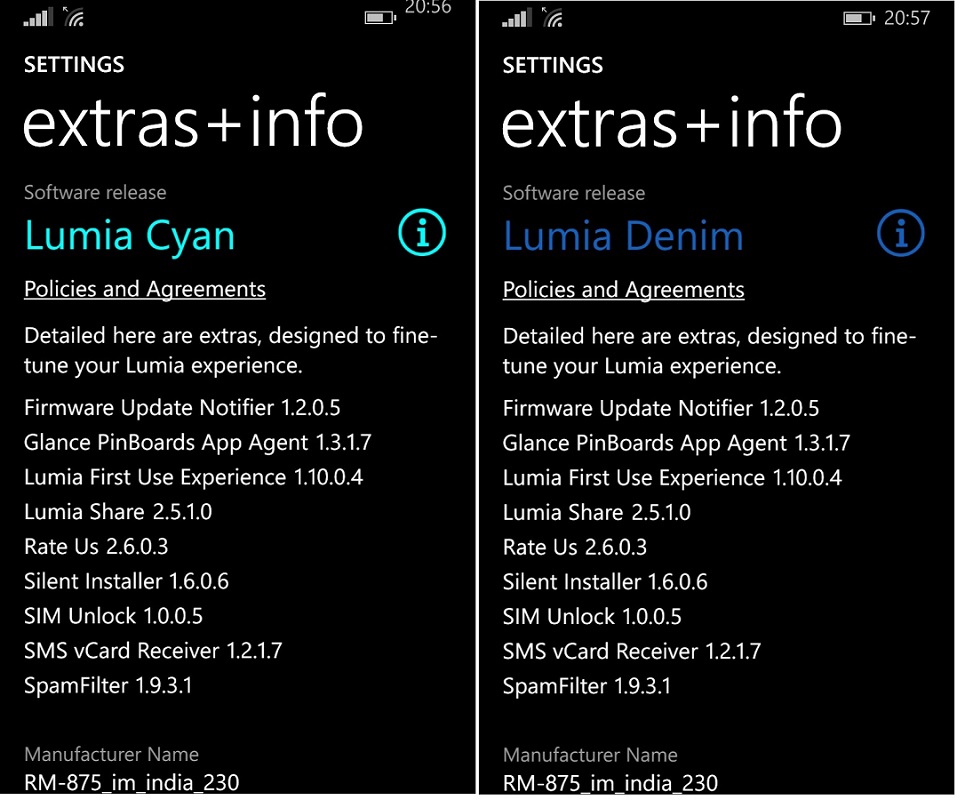 These two screenshots are from my Lumia 1020 and you can take them as “Before” and “After” scenario. What you do in between, is to enroll out of “developers preview“, if you are already enrolled. There are no changes whatsoever in any of the app versions post appearance of Lumia Denim update, so it seems a mere name change.

That’s really surprising and seems the Extra+Info bug, which changed the Lumia Cyan to Lumia Denim on some devices has a funny side too. Most of us want Microsoft to not only release Windows Phone latest OS updates to developers preview enabled devices but also the related firmware.

Thanks to everyone, who tipped us!!