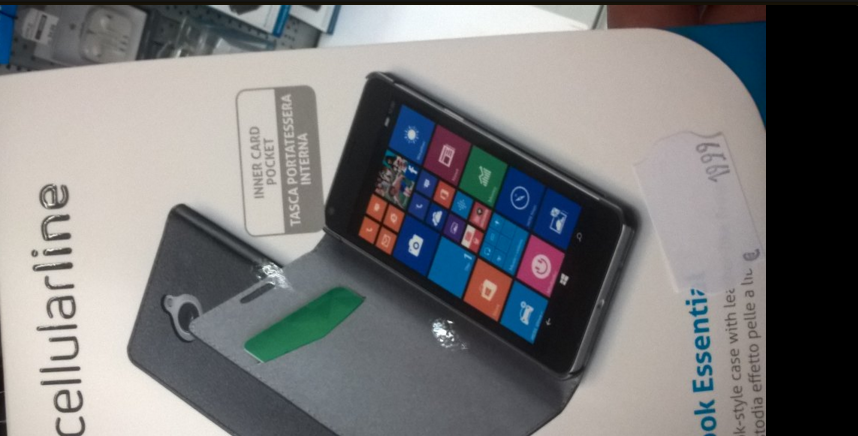 Yesterday we reported about some real-life good quality images of Lumia 850 which later went viral on the  web. The device was reportedly having a 5.4″ display with 1080p resolution. A user from German electronics market has reported about the flip cover for the upcoming Lumia 850 device.

A user named Christian Zoller has published some photos of the flip cover for Lumia 850 which was seen in the market on Twitter. It was already reported that device is coming with Iris scanner on the top for Windows Hello with more devices too coming with Iris scanner.  These covers are found at Saturn in many individual markets . The device was code-named ‘Honjo’ inside Microsoft. The import pricing on Zuaba also indicated it to be Lumia 850 as it was riced for Rs. 19499.  Other dimensions of the device include 155.90 x 77.23 x 6.92 / 8.50 mm.

We told you why we think that at least one high-end mid-ranger or may be two Lumia 750 and / or Lumia 850 is expected to arrive in Q1 2016, other than the Lumia 650, that has now been certified in US as RM-1152.  We earlier reported about Lumia with RM-1182 code passing certification in Indonesia. RM-1182 later passed certifications in China too. T-Mobile Poland’s leaked plan also reveals two new Lumias arriving in Q1 2016.

Check the full gallery of leaked flip cover of Lumia 850.

Thanks to Pete for the tip