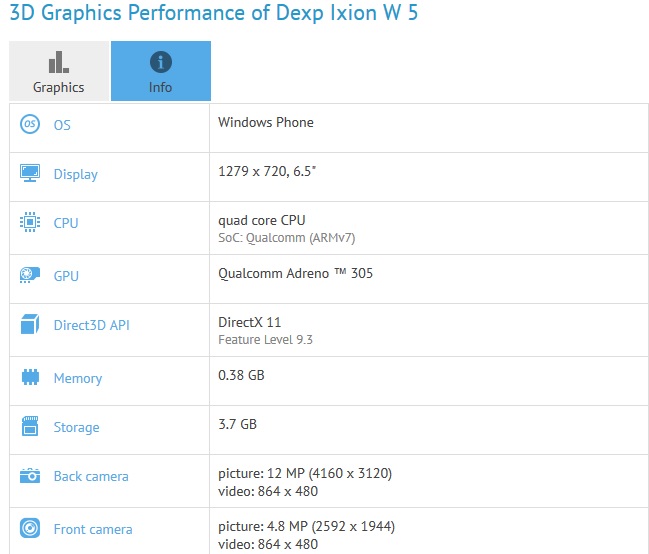 A new Windows 10 Mobile device has been spotted on GFXBench. The first interesting thing to note in this device is its huge 6.5” display. The display resolution is however only 720p.

The device may pack a quad-core processor and will still feature Adreno 305 GPU. It seems to have 1 GB RAM and internal storage may be around 8 GB only.

The camera part is however interesting: It seems to pack 13-14 MP rear and 5 MP Front facing camera. Video capture is however limited to 480p and that kind of hints that it is running on Snapdragon 200 processor. So a (higher) low-end Phablet after all!!

Dexp Ixion W 5 is an already released budget Windows Phone smartphone by a Russian manufacturer, but it had a 5” display, Adreno 302 GPU and even cameras were only 8 MP and 2 MP. So, the GFXBench entry seems to be of the XL variant with slightly better GPU, bigger display and better cameras.