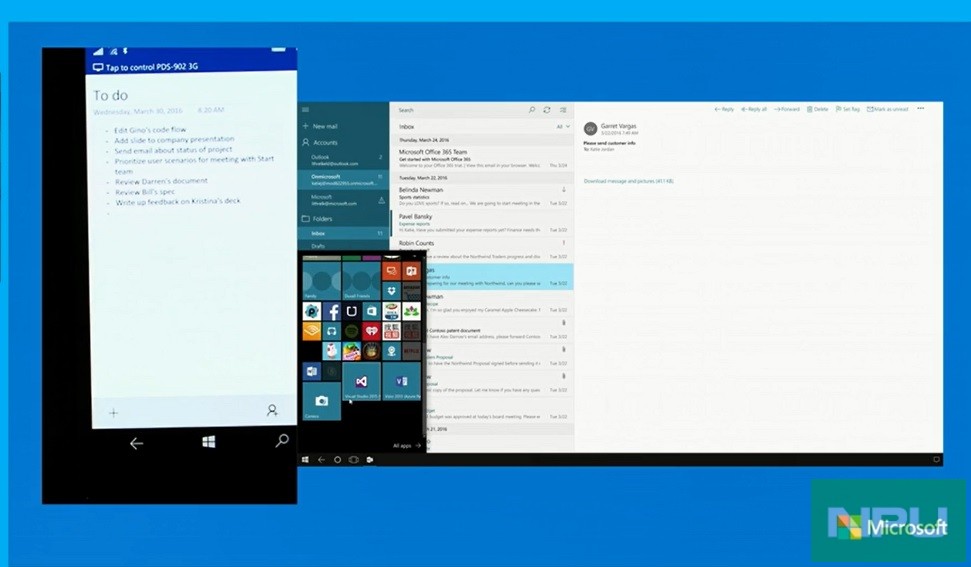 While we have heard about HP’s plan to bring virtualised Win32 apps on its HP Elite X3, it is clear now that Microsoft is bringing this feature as Windows 10 Mobile feature soon. As you can see in the screenshot above, Microsoft demoed Visual studio stored in cloud available on the phone and usable via Continuum for Phone on a big screen. We told you about this Enhanced Continuum feature in our exclusive Redstone features post.

Phones can be projected to Windows 10 PC via Continuum:

Phones can be connected to an external screen and UWP apps can be used with full desktop UI on the external display via Continuum for Phones feature is known to everyone. But as demoed in the session it is now possible to project our Phones screen to Windows 10 PC via Continuum and use Phones’ Window like a separate “Windows instance” on the connected PC.

Watch the video demo below to see these two features in action.