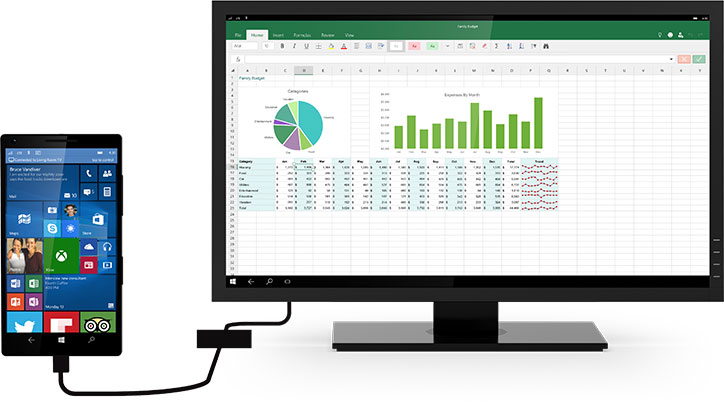 Continuum for Phones is one of the major USPs of Windows 10 Mobile and the upcoming Lumia Flagships, Lumia 950 and Lumia 950 XL. You can connect to a monitor, mouse, and keyboard to use your Windows 10 phone like a PC for getting things done or project to a larger-screen for big-time entertainment using this feature. Sounds cool, but Microsoft has claimed that Continuum for Phones won’t be available for other devices due to unavailability of required hardware, but the exact hardware requirements remain vague!!

Now, if a tip from our sources has to be taken into account Continuum for Phones feature will be limited to Lumia 950 and Lumia 950 XL only at the time of launch. An update later this year or early next year may bring it to more devices and the last year flagship devices like Lumia 930 and Lumia 1520 are the most likely candidates. Though it may be available for more devices too.

Here is more about Continuum for Phones’ requirements.

We must add here: While there are very good chances of this coming true, if Microsoft has a change of heart later, Continuum for Phones may remain exclusive to this generation of Lumias only.