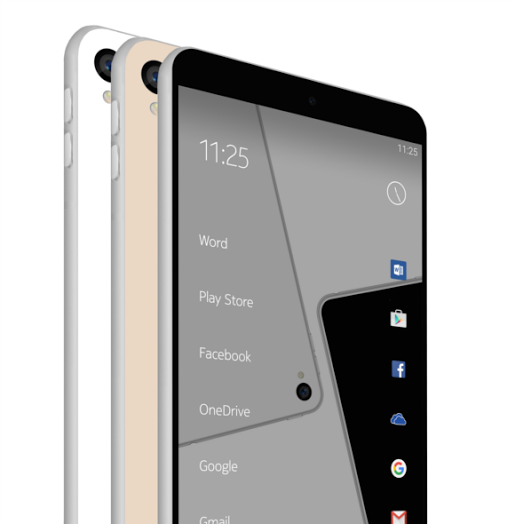 Ushering into 2016, a lot is expected from Nokia in terms of new Consumer devices!! Fans are eagerly waiting for the new Nokia-branded smartphones and as we have nearly exclusively reported that it is working on some smart wearables too.

Nokia launched Nokia N1 but never took it to other markets than China and Taiwan. Nokia N1’s limited and disappointing availability can be understand in words of “Rajeev Suri”, CEO of Nokia. In a Earnings call he replied to a question saying that Nokia is looking forward to make a significant and profitable foray into Smart Mobile devices and it will based upon Nokia’s past strength and existent brand identity in phones. So, it is clear that Nokia is looking forward to go all out with brand-licensing this year and this will be the first significant brand push for Nokia after it sold off its D&S division to Microsoft. Nokia N1 for all the headlines it could grab was not a profitable or very significant push by Nokia. Nokia used Nokia N1 to prove it to the world that it still has its mighty design & innovation capabilities intact.

Coming to 2016 here is what we expect coming from Nokia in terms of consumer hardware & software.

If you follow our coverage regularly, it may not be a surprise for you that Nokia is planning to venture into “Digital Health” business, after the “Digital Media”, of which Nokia OZO is the first product. We have in fact reported a lot about Nokia’s Health & Well-Being and Consumer Wearables ambitions. Nokia has finalized the product offering and is actively looking to build the marketing and copywriter team to give product launch the Nokia touch.

Read all that we have covered about upcoming Nokia Wearables by clicking here.

When Microsoft had acquired Nokia’s D&S business, many of sources claim Nokia was very close to launch a Flagship Android smartphone, that may have been running a Windows skin like Nokia X2 but was a all-metal powerful high-end smartphone. Nokia X, Nokia X2 and the family of devices did enjoy a successful run and it is surprising to see fans still buying them even when Microsoft had announced no support in future. This all makes us to believe Nokia Android smartphone will see a hot reception.We have seen many leaks of “Nokia C1” but as we already told you this may not be the real deal.

Here is all that we know about Nokia’s 2016 smartphone plans but remember plans can change later or devices may get scrapped or modified.

We will let you know more as we gather more info.

Nokia was actively working on a Nokia N1 successor when Nokia Management realigned its strategy and Nokia N1 follow-up device plan was scrapped. But we understand that Nokia is still working on some Android and if one of our sources has to be believed on Windows 10 Tablets too. It is difficult to say when they are planning to launch these but we hear Nokia’s trusted partner Foxconn will again be the partner of choice. Nokia may play safe and may launch new Tablets along with new smartphones in Fall 2016.

Year 2016 is going to be an exciting year for Nokia fans!! Finer details are still bound to emerge. Stay tuned and we will keep you updated.