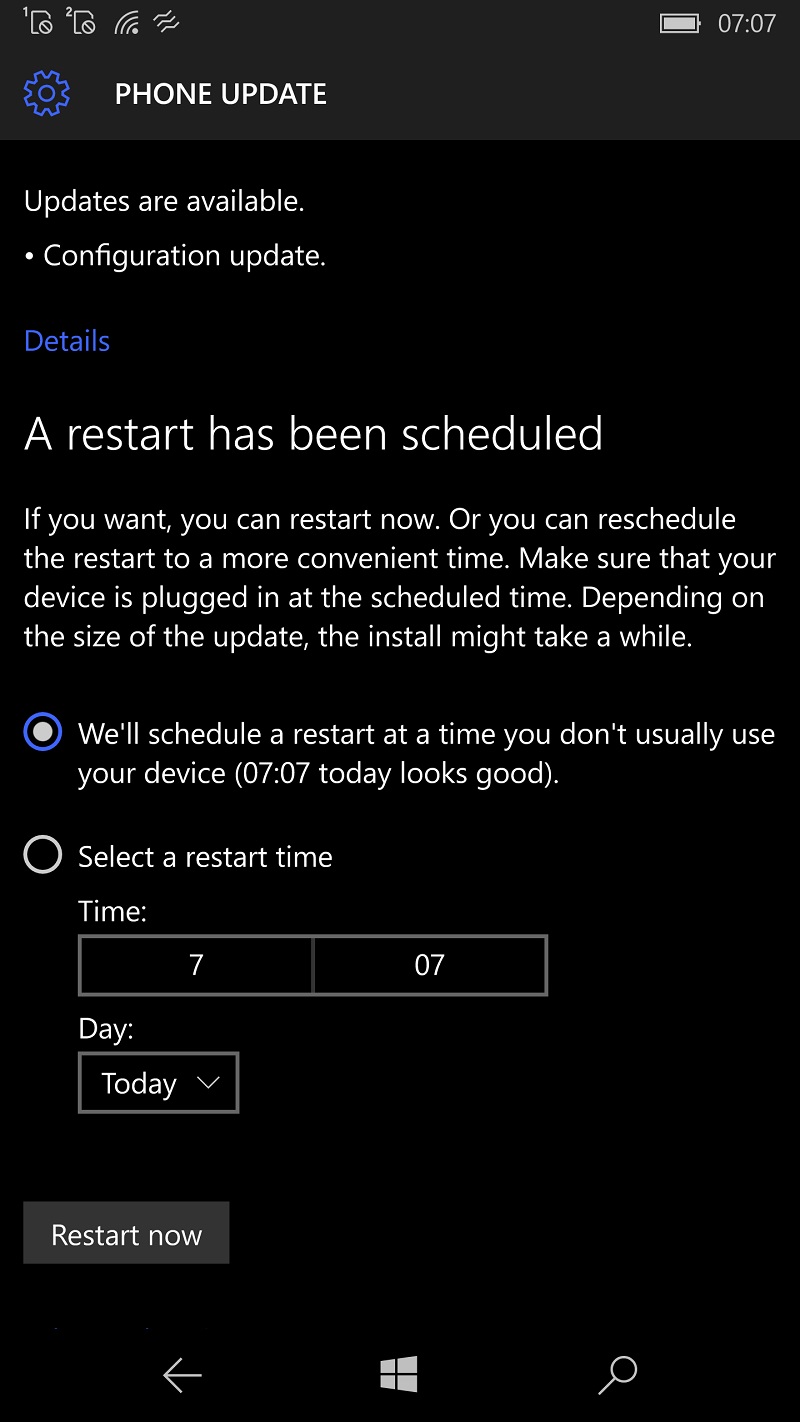 A configuration update is rolling out for Windows Insiders in Fast Ring and we received the “Reschedule Restart” message for all our devices including Lumia 950 XL review unit directly in the Action Center. The update that looks similar to earlier “Insider Fast configuration updates” that prepares the deice for next updates and also improves the update experience. In case you don’t see the prompt, go to Settings—>Updates & Security–> Check for updates.

Microsoft may soon push Build 10586.71 or even a higher cumulative update Build to Windows Insiders in Fast Ring. Here is what Gabe Aul has to say about this update.

1/ Today we are rolling out a Configuration Update to the Windows 10 Mobile Insider devices in the Fast ring.

2/ This update prepares devices to receive the next cumulative updates, as well as improvements to the client-side update experience.

3/ There are no noticeable changes immediately after installing this Configuration Update.