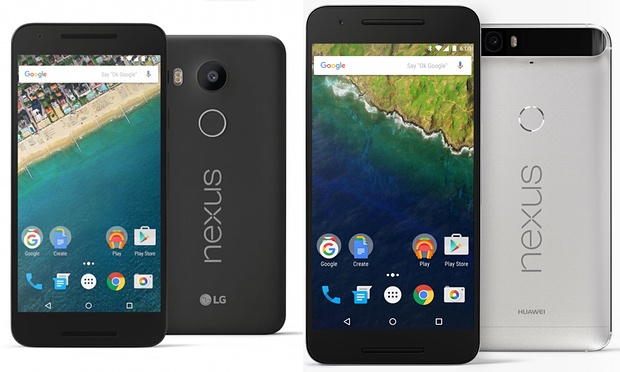 Google has finally unveiled its new Nexus smartphones 2015 range. LG Nexus 5X and Huawei Nexus 6P are out and in their minds, prospective buyers and Windows Phone fans may already be comparing these two to upcoming Lumia Flagships Lumia 950 and Lumia 950 XL. So, many of you may like to know how Lumia 950 and Lumia 950 XL will stack against the Google’s latest Nexus devices.

As one can easily notice in the above Table, features and specs wise Lumia 950 and Lumia 950 XL offer much more as compared to Huawei Nexus 6P and LG Nexus 5S.

In fact it doesn’t look like a fair fight between Nexus 5S and Lumia 950 at all, given Lumia 950 has a much better display, higher RAM, much better camera and unique features like Continuum for Phones, Iris Scanner, Wireless charging, Glance Screen, HAAC recording etc going for it.

While the USP for the Nexus range has been its pricing, as per the recent leaks Lumia 950 and Lumia 950 XL are not going to be too pricey either and when it comes to 32 GB models pricing, it is closer battle for both Nexus 6P and Lumia 950 XL.

Not to forget that Lumia 950 and Lumia 950 XL offer expandable storage and removable Battery, two options missing from both Nexus 5X and Nexus 6P.