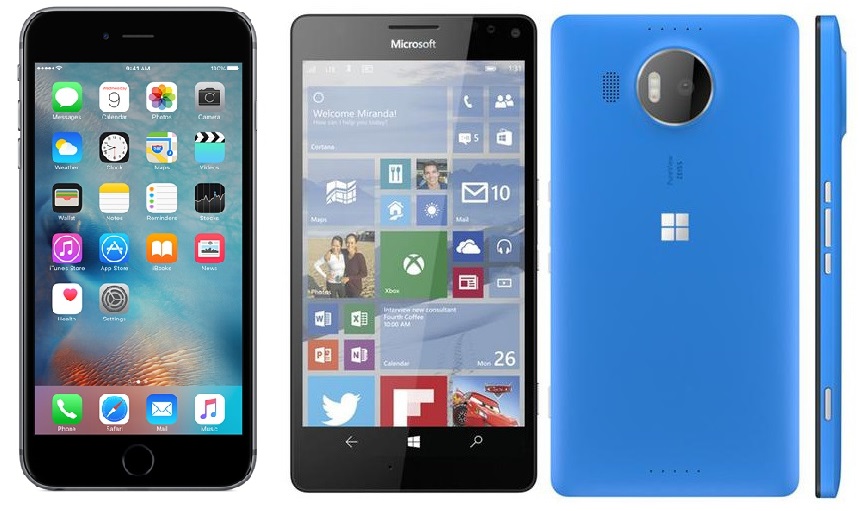 In this article we will compare iPhone 6S, iPhone 6S Plus, Lumia 950 and Lumia 950 XL and see how these four fare against each other in terms of specs, features and pricing. Check the comparison table below.

As one can easily notice from the table above, features and specs wise Lumia 950 and Lumia 950 XL offer much more as compared to iPhone 6S and iPhone 6S Plus. In fact Apple has ripped off some features like “Living images” from Lumia range and now claimed it to be their own. Even the iPhone 6S /Plus design has been clearly inspired by the beautiful Lumia 925 since the times of iPhone 6. Official pricing for Lumia 950 / 950 XL is not known but it will cost less than iPhones for sure. Display, Camera, tech advancements like Iris scanner, Fast Charging, Continuum for Phones wise, iPhone 6S / Plus are no match to Lumia 950 / XL.