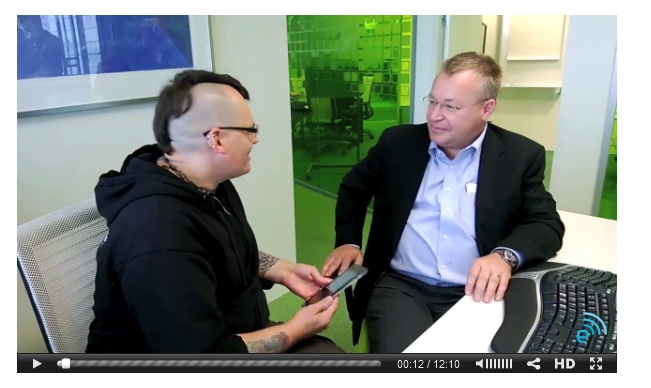 This is real testimony to the awesomeness of PureView phase 2 on Lumia 920. Engadget has recorded interview with Nokia CEO Elop with handheld Lumia 920, and just check the video. It looks like as if some tripod has been used  to capture the video. Though they have recorded the audio with an external mic, but perhaps they should have given “Rich-recording” on Lumia 920 a shot.

Anyways coming to the interview bit,