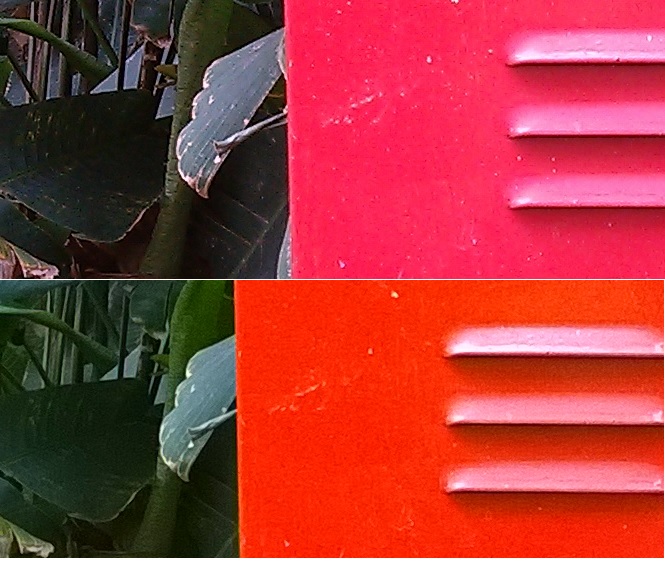 We received Nokia XL and started the coverage by posting an unboxing video. We plan to post first impressions, display test and other videos of the 5-incher from Nokia, but what also intrigued us is the 5 MP camera with flash. So, for testing the camera capability we tried to pit it against Lumia 525‘s 5 MP camera. Lumia 520 and Lumia 525‘s cameras have received a lots of liking for providing good imaging quality at low-end of device range. So, let’s us check out how good Nokia XL’s camera is at still imaging.

Lumia 525 on top, Nokia XL at bottom. Here, one can feel the difference easily. In darker scenarios, Nokia XL flash come handy and the image captured with Nokia XL has much better details, color and looks natural.

In daylight, Nokia XL may appeal to many due to added sharpness, but Lumia 525 keeps the natural look of the image. It boils down to one’s taste as there is not much difference here. in low-light imaging, if we consider the flash, Nokia XL has advantage in many cases where one really needs to fire the flash. In low-light without flash, Lumia 525 has brighter image, but again Nokia XL is no slouch and provides well detailed image.

Go to camera settings from the camera menu and toggle on “noise reduction”. It helps in reducing the noise and provide much more natural colors as can be seen in the “low light without flash” set.