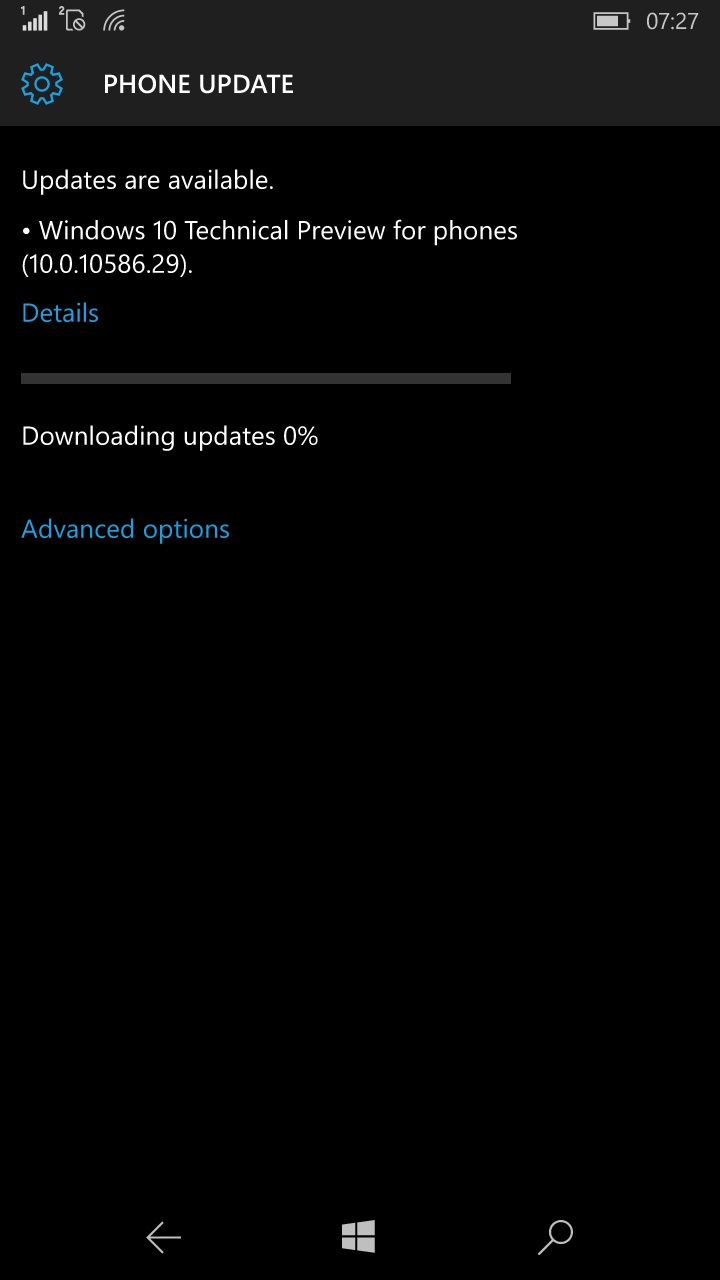 Microsoft has just released Windows 10 Mobile Build 10586.29 to Insiders in Fast Ring. This update is the first cumulative update for RTM Build 10586 and takes care of feedback received from Windows Insiders about the Build 10586.11. As per Microsoft,

As our partners and Microsoft ship new Windows 10 mobile devices and existing devices are upgraded to Windows 10, all of our users will start to see more updates coming through Windows Update. These will be addressing feedback we receive from our Windows Insiders and new Windows 10 users.

We have received a lot of useful feedback from our Insiders on our last Windows 10 Mobile Insider Preview build 10586. While this is the same base build that we are shipping with new Windows 10 devices, we are continuing to address feedback on the upgrade experience from Windows Phone 8.1 as reported from Windows Insiders.

Today we are releasing our first Cumulative Update to the Windows 10 Mobile Insider Preview Build 10586 to Insiders that begins addressing this feedback. The first thing you will notice with this Cumulative Update is it will use the minor version for differentiating between each version as these builds only contain fixes to the Windows 10 Mobile Insider Preview build already in the Fast and Slow rings. So this build will appear as 10586.29.