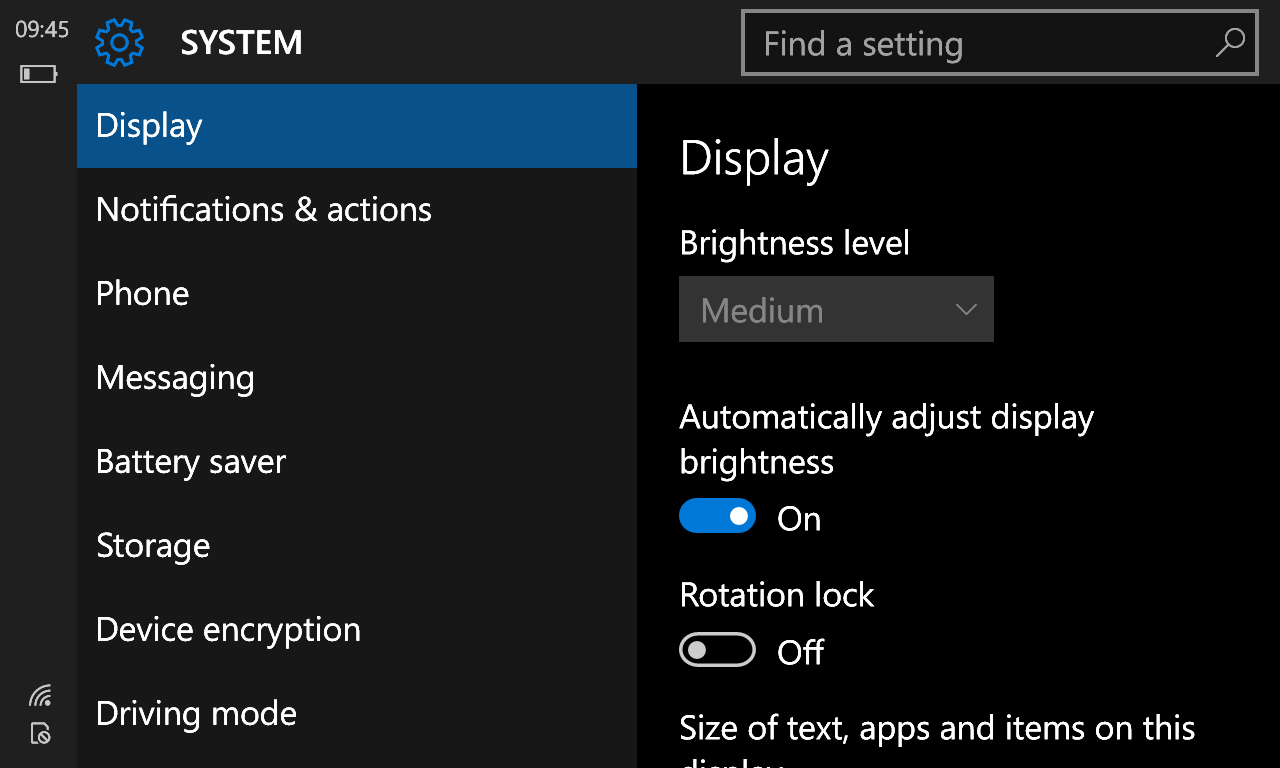 We yesterday reported about the new scaling slider in Windows 10 Mobile Build 10549, that lets you have Phablet like four medium size tiles on start-screen of devices with display size of even less than 5-inch like, Lumia 1020.

So, we explored more and as you can see in screenshots it is not limited to only four tiles on start screen but it also extends to Action Center, Settings landscape UI, Multitasking UI. Action Center has five action buttons in a row after scaling to zero on the slider.

Though this is the first implementation of this feature and it has its own share of bugs.

Still it is good to see Microsoft adding features that lets one customize Windows 10 Mobile much more and regarding bugs, they can be taken care of in subsequent builds.