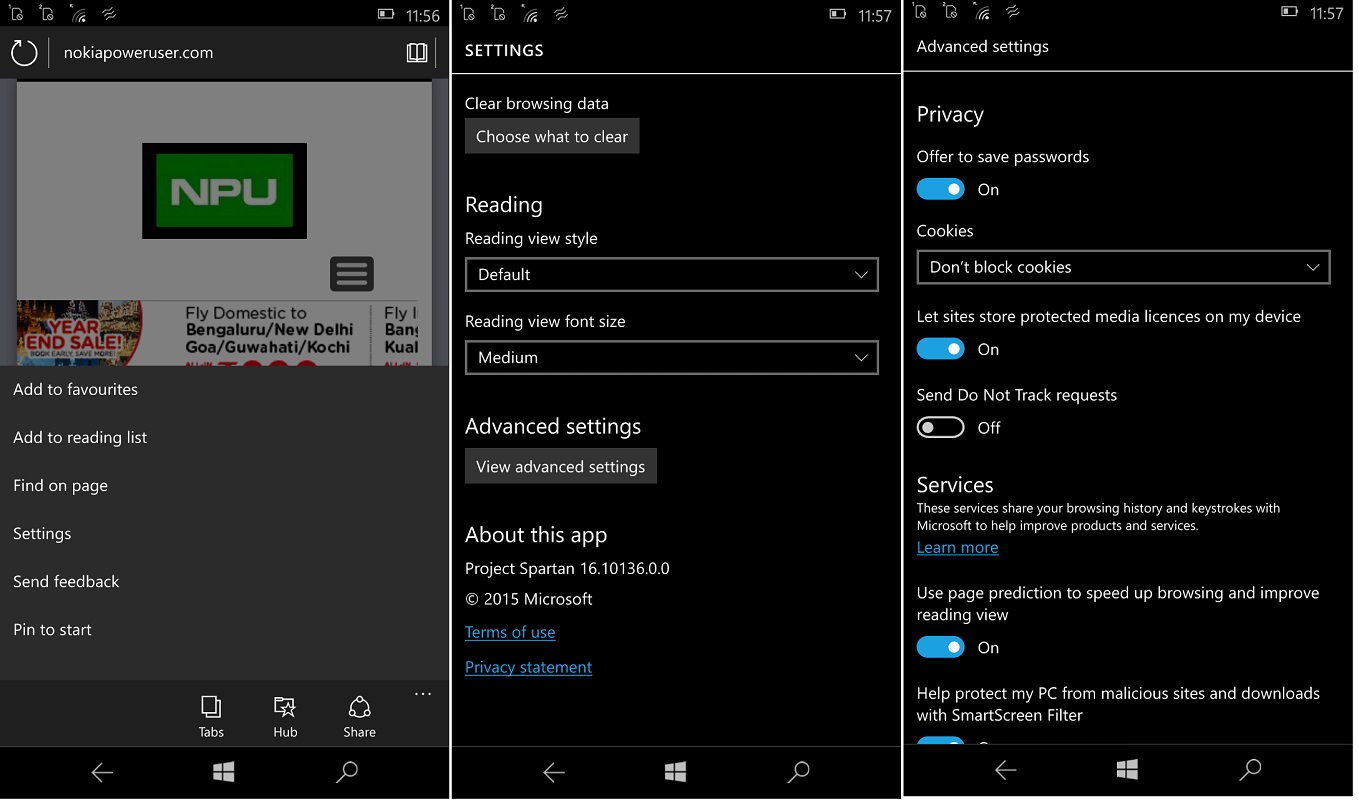 Many more Build 10136 changes and some apps updates that can be done by launching Store Beta after installation of Build 10136. In fact the Store Beta first updates itself and then other apps (check the screenshot). So, here are some change in Store Beta and Spartan browser.

As you can see in the screenshot above many apps have received updates via Store Beta on Build 10136. While Outlook Mail and Calendar update to the latest version we have already covered in detail on Build 10080, OneDrive app gets many changes with the latest update. The video and photos upload settings have now moved to OneDrive app, it seems.

Even the Universal Photos, Music and Video (Film & TV) apps have received updates and we will cover them in our hands-on videos in later articles.