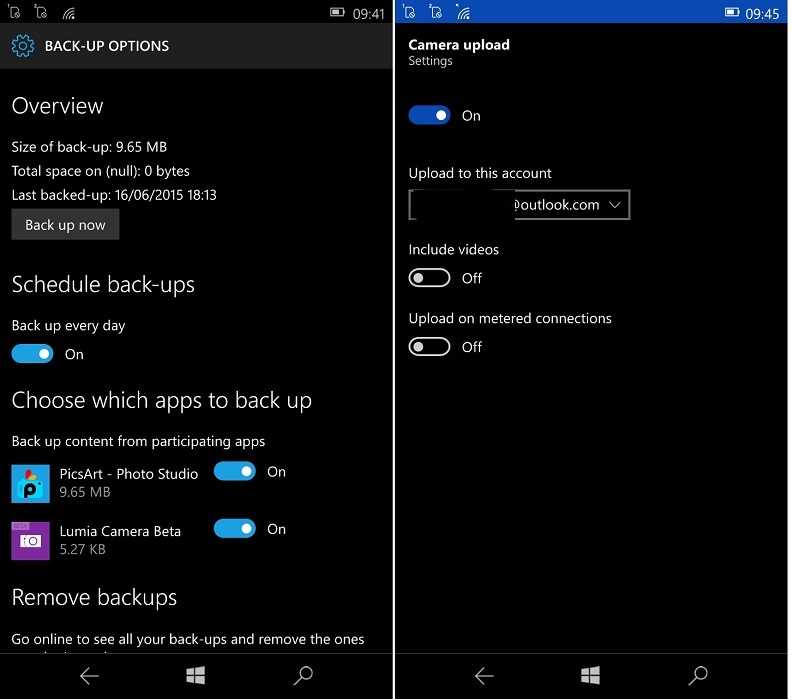 Our Windows 10 Mobile Build 10136 coverage continues. We shared some unlisted Build 10136 features here and here and also demoed the new one-handed Phablet use feature in first hands-on demo of the build.

Build 10136 brings the developer options that were seen on Windows 10 PC. You can now sideload apps or use developer mode if you wish to do so. We tried and could install leaked apps like OneClip and Revolve on our device. The developer options can be accessed by going to Settings—->Update & Security.

Backup options have changed again. Now, you can toggle on or off backup to OneDrive from participating apps. This is a neat feature and will help in restoring devices without loosing app data in process.

Also, photos backup option has moved to the new OneDrive app and you need to setup photos backup by going to OneDrive settings (shown in screenshot above). Message backup has moved under messaging settings (Settings—->System—->Messaging).