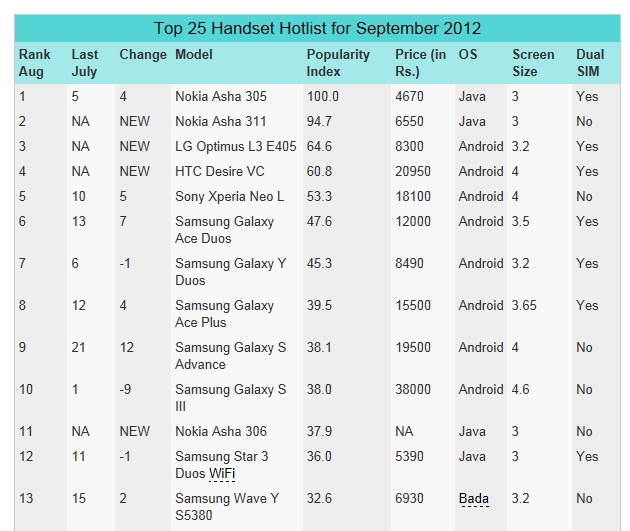 This is very soothing to hear :). Asha 305 and 311 are the most popular devices in India for the month of September. In this month’s edition of the TMI’s Hotlist, Nokia is back on top with its Asha 305 followed close behind with its stable mate, Asha 311. This shows that Asha series of phones has got consumers excited. Earlier we reported news of Asha 305 and 311 getting very good traction in India, and now it feels really good to know that the momentum created by these full-touch Asha phones is only getting better.

It is great to note that Asha 306 which has not yet been released in India is at no. 11 in popularity index. Nokia perhaps has got one more hit device up its sleeve. Incidentally, since December last year when Nokia had made its Asha and Lumia series phones available, at least one handset of the Asha series has made it to each TMI survey list till date.

Nothing Phone 1 (8/128) Unboxing and Initial Impression: Something out of Nothing?