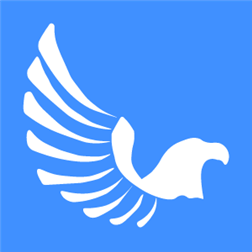 Aeries for Twitter has received a new updates for Windows phone Devices. Aeries has been designed to make using Twitter easier than ever, all packaged together in a slickly designed app. The latest update brings Wide tile now flips to show you the tweet text, Tweets you have retweeted have colored inline icon and more.

– Fixed text color in edit me page when using dark themes.
– Improved mentions and retweet timeline loading.
– Fixed functionality of detail tweet buttons.
– Tapping Create New when viewing drafts will now take you to create a new tweet.
– Fixed an issue with user tweet pages loading wrong content as you scrolled down.
– Fixed messaging at end of followers and following lists.
– Wide tile now flips to show you the tweet text.
– Fixed a crash when opening a pinned list and tapping an inline link.
– Fixed an issue with lists not saving when navigating away.
– Tweets you have retweeted have colored inline icon.
– Fixed an issue with retweets and favorite statuses being lost when app closes.
– Greatly improved translations.
– Improved URL shortening in compose page.
– Hold a DM to delete.
– Send DMs to users you haven’t messaged before.
– Fixes for accounts and settings being lost + some perf improvements when configuring.
– Sections should be much easier to configure now.
– Some nice new animations about the place.
– Added Slovak and Russian translations.