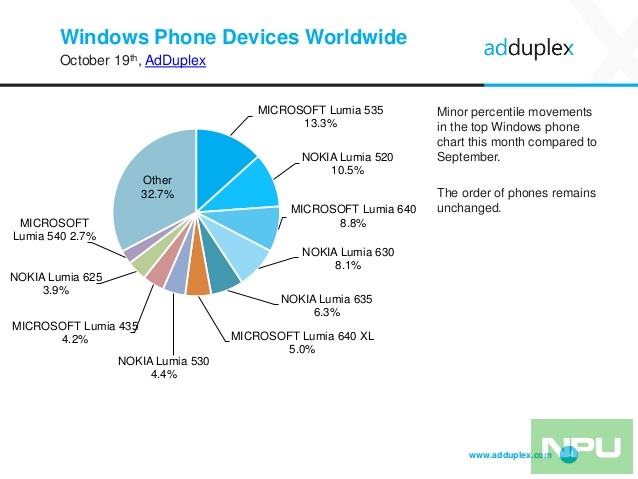 Lumia 550 is the most used Windows 10 Mobile smartphone at 13.5% closely followed by Lumia 535 at second spot.

Windows 10 Mobile sees no growth, is lingering around 14% mark.

HP is the top dog when it comes to PC manufacturers followed by Lenovo and Dell at second position.