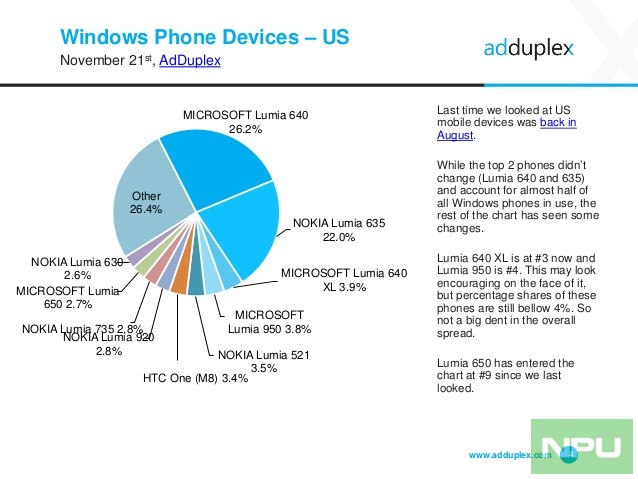 AT&T is top Windows 10 Mobile devices operator in US.

Windows 10 Mobile is stuck at 15% in US too just like everywhere else.

HP is market leader when it comes to PC manufacturers in US.

More than 80% of Windows 10 running PCs are now on anniversary update or running Insiders builds of Creators update.