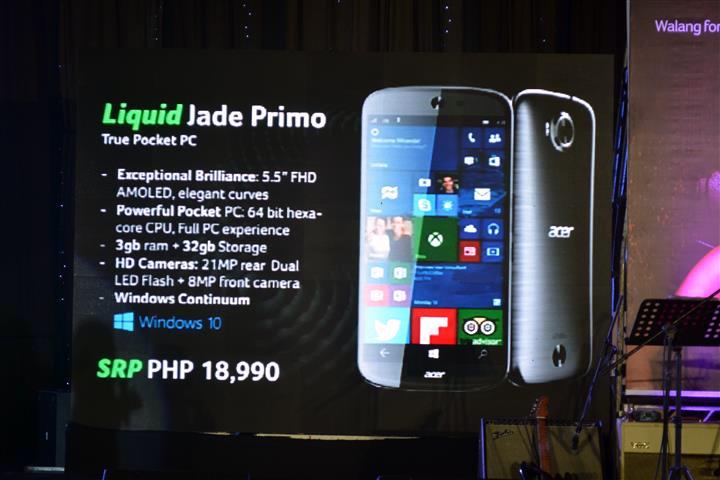 It now seems Jade Primo will be priced EUR 499 in Europe as revealed by Acer France to a site. The release date for Europe is January 2016.

Today Acer finally announced the price of Jade Primo in Philiplines at Php 18,990 around 409 $, however the device will be become available only in December 2015.

Acer will supposedly pack Continuum Dock, Keyboard and mouse with Phone in a package. Acer has earlier demoed Continuum for phones on Acer Jade Primo.

It will interesting to see at what price Acer brings Jade Primo to other markets in Asia and outside Asia. It looks good packs some good specs and features. It may be Microsoft’s answer to the Nexus line.