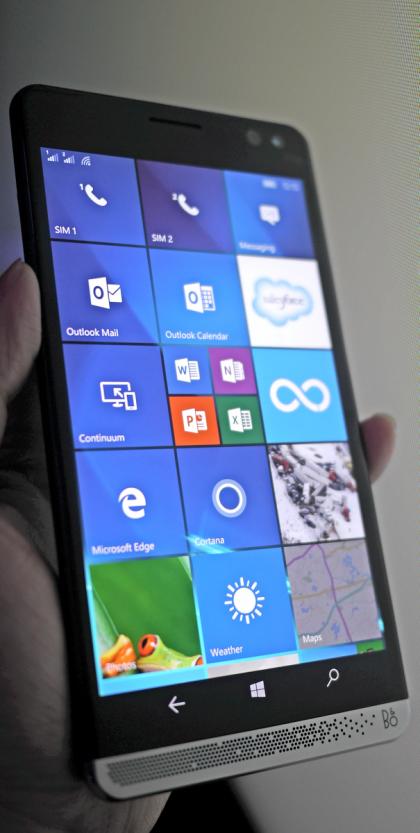 Now we have another set of leaked images show the smartphone to come with an accessory called “Mobile Extender” that makes it work like a laptop. Check the HP Elite X3 docked in above image.

This accessory / device will come as a mobile to Laptop extender with 12.5-inch display with it’s own battery inside it. It is also expected to feature USB Type-C or Miracast. The weight of the device is expected to be around 1Kg. It will also support Continuum for phones & will come bundled with HP Workspace apps.

The specifications have also been updates for HP Elite X3 based on the latest ITPro leak and you can check the updated specs and features below.