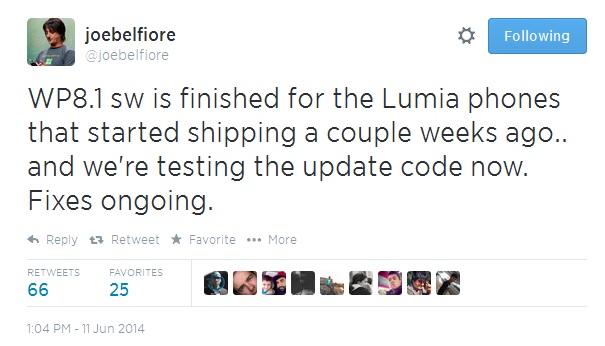 Some very interesting tidbits from no other than Joe Belfiore,

Windows Phone 8.1 update development is finished and the updated code is getting tested for bugs, so expect a sooner release.

Lock screen app may be coming soon to devices with 1 GB RAM and running dev preview.

New lock screen app– probably a couple weeks as beta for 1GB devices. A bunch of us are running it now, working on polish. dev-preview next

Facebook, Skype will be getting major updates soon and couple of new apps are also teased. Subway Surfers is coming for 512 MB RAM devices.