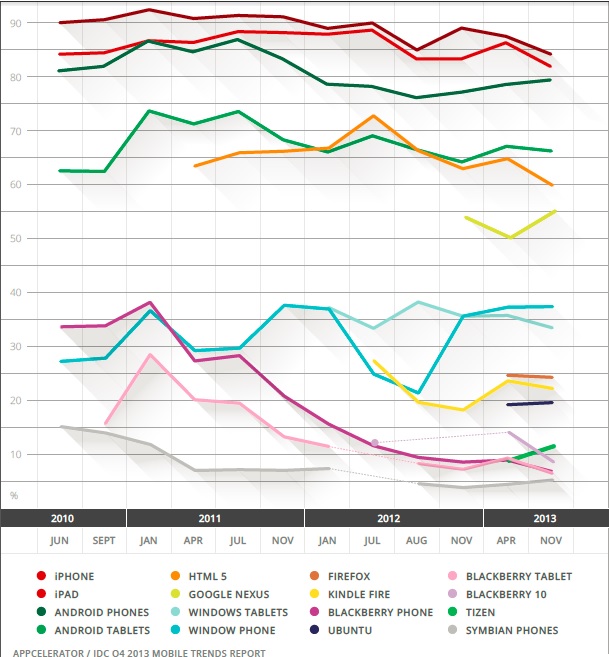 This will sound like music to ears of fans and Microsoft alike. Developer interest in Windows Phone platform has seen big jump and is at its peak in recent times. If recent flurry of big game titles arriving along with their iOS and Android counterparts is not enough indication then an IDC-Appcelerator survey may server as a definitive proof.

Appcelerator and IDC surveyed 6,698 mobile developers – the largest body ever – from November 14-30, 2013. The results show some surprises among developer priorities and concerns, as well as patterns for organizations looking to seize mobile leadership.

As can be seen in the above chart, Windows Phone developer interest has seen a jump from 23% in 2012 to 38% in November 2013. That is a very healthy growth in fact. In comparison iOS sees a decline in developer’s interest while Android has seen growth. That may be directly related to % market share Apple has seen eroded in recent times and Windows Phone may be the direct beneficiary here.

Thanks to our own Roger for the Tip. Cheers!!