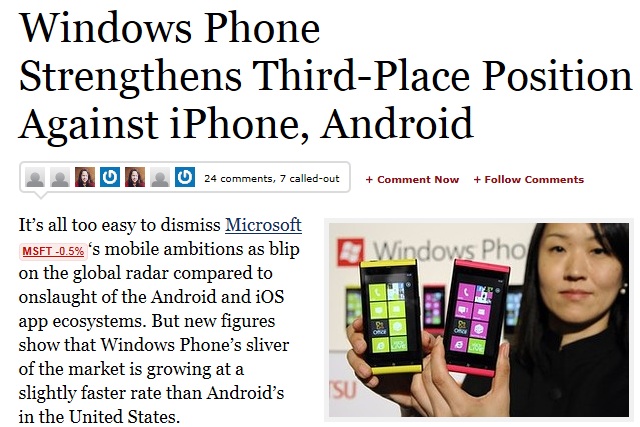 This is also significant as the WP market share is growing at a slightly faster rate than Android and iOS in the United States. In comparison Android rose from 47.9% share of the market to 49.3%. Apple’s iOS slipped from 44.6% to 43.7% of all smartphones sold in the U.S, while BlackBerry’s share dropped from 2.6% to 0.9%.

KWP report also says that 52% of the people it surveyed who swapped to Windows from a previous OS had previously owned a feature phone. By contrast, 55% of people who’d bought an iPhone had previously had another smartphone. The figure was 51% for new Android customers.

With Lumia 521 launched and Lumia 928 coming to Verizon in May, one can expect this growth taking more rapid paces!!

Nokia smartphone with TA-1342 variant appears in TUV certification too

How to install APK on your Android (Nokia) smartphone

[Video] How to cast/project screen on Nokia smartphones without Chromecast