Skip to content
You are here
Home > Latest Posts > Windows Phone 7.8 RTMe’d. Should be coming to WP7 devices in a matter of days to weeks. 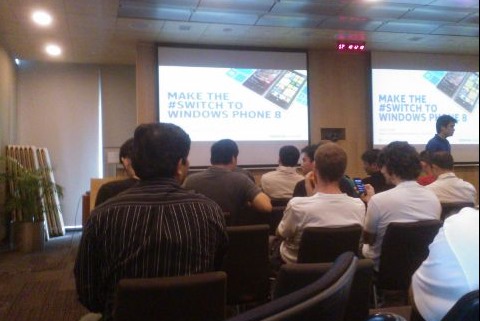 In what looks like a developer event today in Singapore  jointly held by Nokia and Microsoft, Head of Nokia Asia Pacific Developer revealed to attendees that WP7.8 has been RTMe’d to manufacturers this week. The software update will be released to devices in a matter of days to weeks. That is certainly great news as other than the new start screen and resizable tiles, Lumia WP7 devices will get long-awaited features like “Bluetooh File transfer”.

Check the changelog of  WP7.8 update for Lumia devices as confirmed by Nokia earlier,

We will also bring Cinemagraph and updates to Smart Group Shot to the existing Lumia devices with some additional surprises to make photo shooting and sharing as easy as possible. Additional new features for all Lumia devices will include: