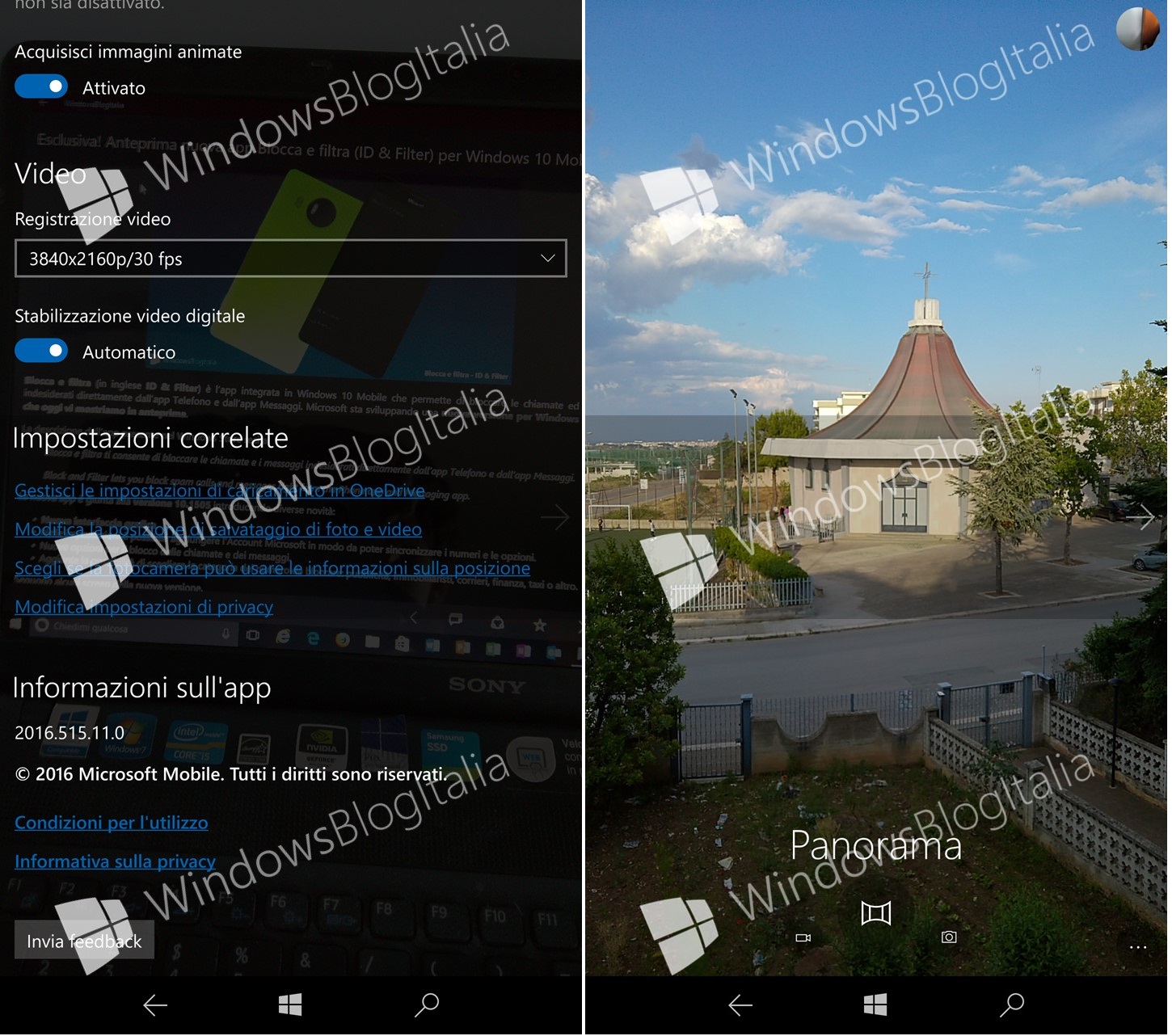 @Stalsomething Nothing new to share about switching off auto enhancement but hope to have panorama out soon.

While you can already install the old Lumia Panorama app on Windows 10 Mobile running devices and use, a leak shows that Microsoft may be planning to bring it as an in-built feature of Windows 10 Mobile Camera app.

As per the leak, Windows Camera app version 2016.515.11.0 has this feature and there is a Panorama button along with the existing Stills & Video capture buttons in the new camera app. Also it seems currently this Panorama feature is only available on new devices like Lumia 950 / 950 XL and the button gets hidden on devices like Lumia 1520.

This is not surprising given Microsoft can bring features like “Living Images” to Lumia 550 but not on older and much more capable Lumias. Anyways as we mentioned you can still use old Lumia Panorama app.