Skip to content
You are here
Home > Latest Posts > News > Leaks / Grapevines > Windows 10 Mobile Build 10586.71 may be the next cumulative update Build 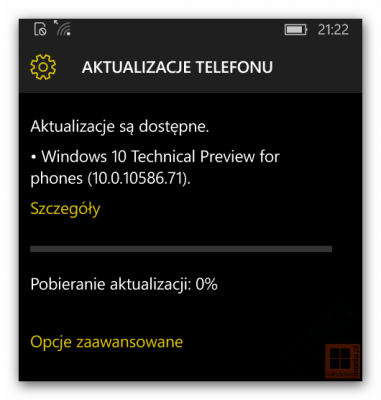 The current Windows 10 Mobile Insider preview build is Build 10586.63 and while the build is generally good and stable, there are some bugs and issues that we collated from many users. Now, Microsoft may be planning to resolve those bugs with a new cumulative update. Build 10586.71 has been seen on BuildFeed with a compilation date of 15th of January.

A tipster has also posted below image in MSMobile Forums and has claimed that Build 10586.71 is the successor to Build 10586.63.

So, while the leaked image really doesn’t confirm its roll-out, it may well be spot-on as we saw in case of Build 10586.63. It is good to see Microsoft working towards making RTM Build 10586 more and more robust, but this comes 1-2 months too late. Microsoft has faced severe criticism lately for bugs and issues faced with RTM build on new devices like Lumia 950 and Lumia 950 XL.

Thanks Ricardo for the tip. Cheers!!