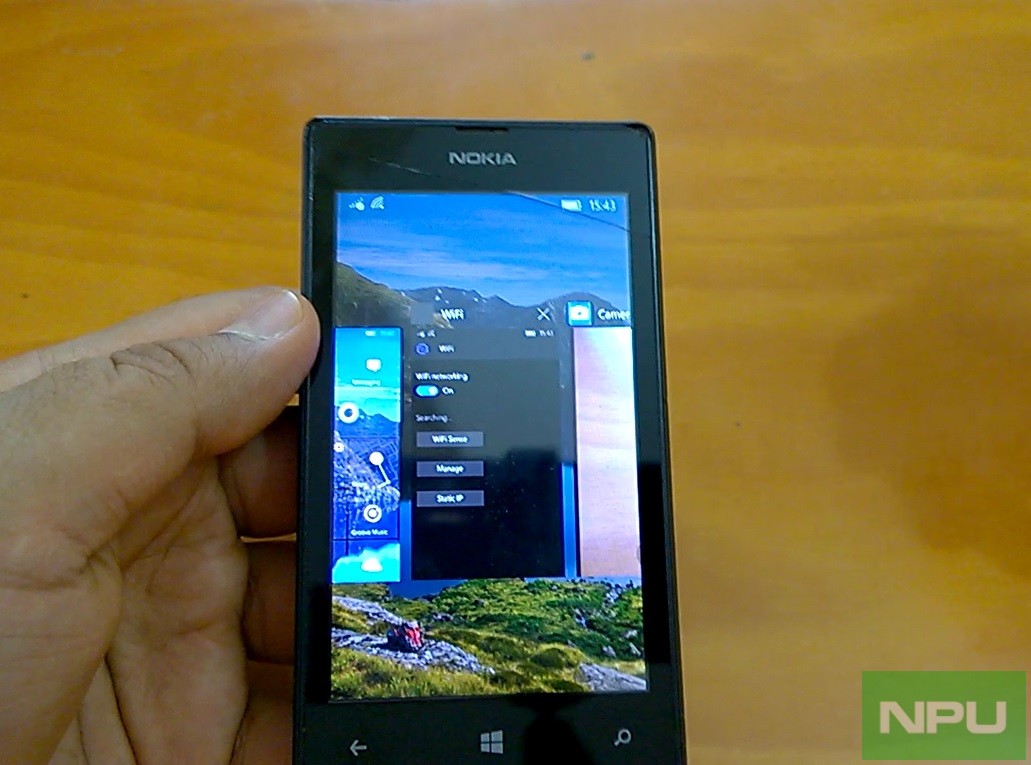 The Installation experience is pretty smooth for the Build 10586.318 and depending upon the network speed, it takes around 35 to 40 minutes for the build to get downloaded, installed, data migrated and the devices getting up and running. You will be usually notified for a restart when the download has completed in background. It may require up to 1.20 GB of free storage, though the update is about 705 MB in size. So, check the storage before you upgrade and you can check our tutorial on how to prepare for upgrade to Windows 10 Mobile.

As expected, the Build 10586.318 performs well on the Lumia 525. During our hands-on time with the build and as you can notice in the hands-on video below, It offered a consistent and polished experience. It packs fixes to bugs and issues faced by Insiders in the last release build Build 10586.218, which itself has been a relatively stable build.

Bit annoying now that the visible bug we saw in last builds still remains. The start screen and other system settings like WiFi, Bluetooth and other are missing the icon in multitasking UI, which has been fixed in Redstone builds but Microsoft has not fixed it in release to markets builds.

Coming to impressions, the build looks solid, crash-free. We haven’t noticed any freezes or crashes so far, even not for third-party apps. Coming to multitasking, Build 10586.318 feels like the best TH2 or 10586.xxx build so far. It resumes really fast on even a Lumia 525. We can certainly feel improvement in multitasking since the last build. Microsoft Edge too feels much sorted out and renders pages faster than before. Battery discharge rate is low and the battery life looks to be quite impressive with this build so far and we have run the build for more than 40 hours now, so it is promising.