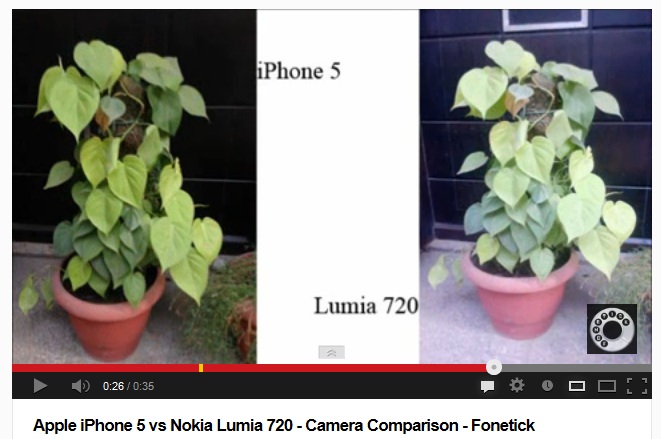 Fonetick has posted imaging shootout videos between mid-ranger Lumia 720 and high-end competitor devices iPhone 5 and SGS III. So, how does it fare against such lofty competition. According to the reviewer it gave neck to neck competition to both. To us while in most of the sets it really runs neck to neck, in the only low-light photo comparison it captures more light than both. Watch the videos below or click here and here.