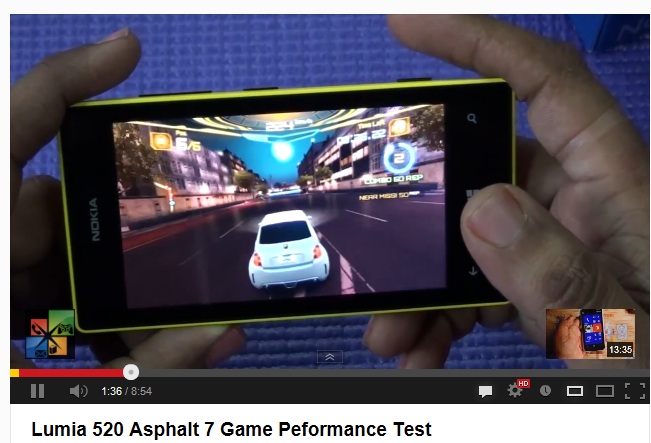 In Weekend watch, we are bringing to you two videos. First one is low-light imaging comparison between expensive high-end HTC One and Nokia’s mid-ranger Lumia 720. HTC One boasts of good low light performance thanks to “inspiration” 😛 taken from Lumia 920’s PureView camera, while Lumia 720 comes with largest aperture of F/1.9 ever seen on any Nokia camera. So how would they fare against each other. You know it don’t you? If not then you will be pleasantly surprised, yet again :).

The second video is demo of one of the most popular and performance intensive gaming title “Asphalt 7″ heat on Lumia 520. Asphalt 7 heat has been just released for devices having 512 MB RAM and you might have seen its smooth performance on Lumia 720 earlier. So, how does it handle on Lumia 520? Again, Lumia 520 shows performance wise it is not second to anyone.