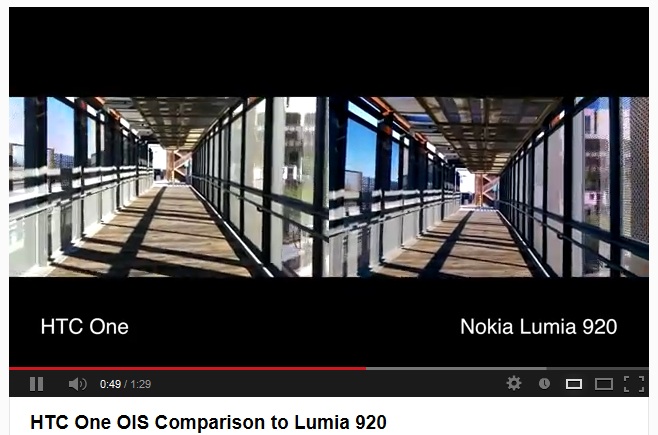 We came across this video while surfing YouTube and this comes from “Anandtech“, and justifiably so. They have done very good video capture comparison between only two smartphones offering OIS out there, Lumia 920 and HTC One. Lumia 920 does so by employing “floating lens” technology and I don’t know about OIS tech used by HTC One, but it doesn’t seems as effective as that on Lumia 920. Check the video and you can see how smoother, sharper and less shaky Lumia 920 video appears in comparison to the video captured by HTC One.