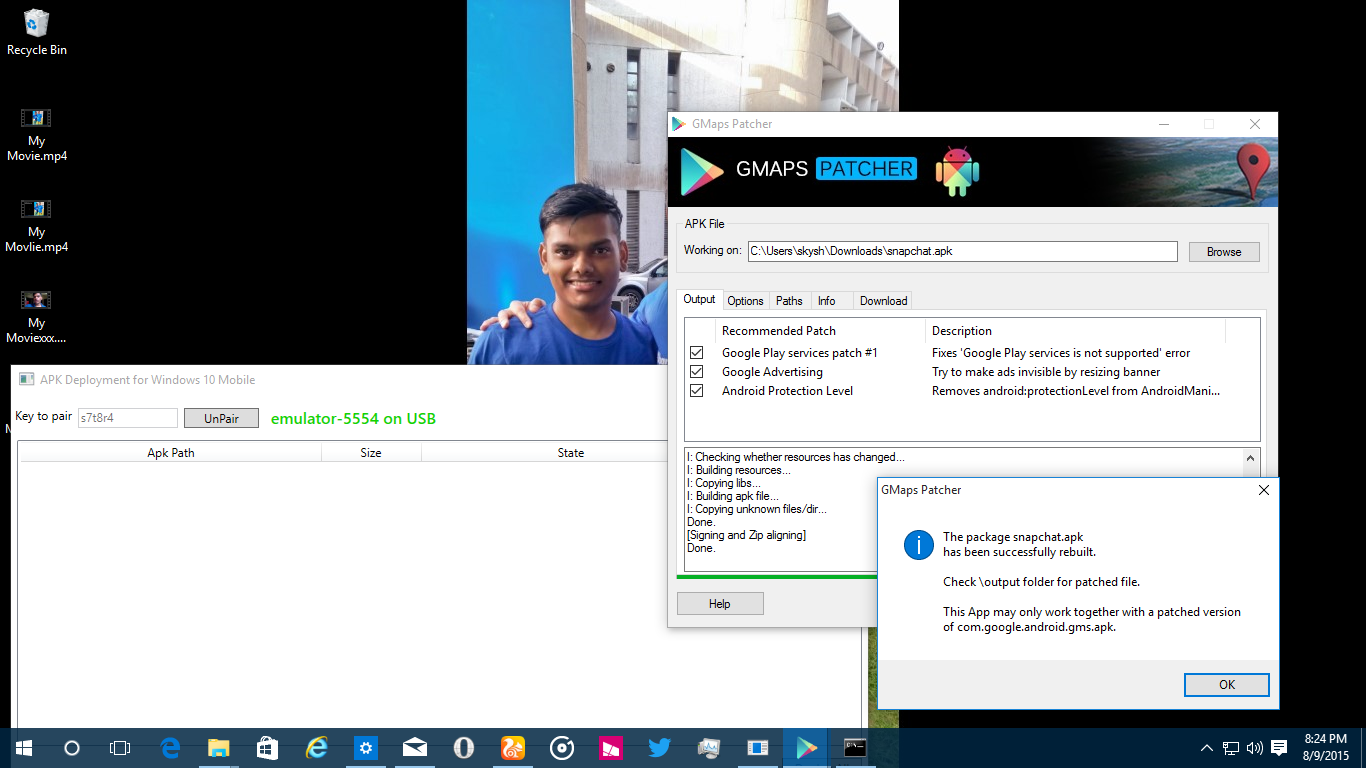 Android Apps on my Lumia

Finally I am able to install some of the top Android Apps – important apps and some of missing apps on windows os.

No Lag – Works smooth , looks like it’s made for Windows OS

These are not ported , these are official apk installed via hacking tool in Windows 10 mobile lumia 930.

Some of Apps not working due to Google services , but i cracked it via Gmaps patcher. (After using it all apps working ) but still some function can’t able to use.

Hope , all the apps should take the advantages of these functionality.

We can hope that Windows 10 os will remove Apps + games gap as compared to ios and android OS .

It is a guest post and while informative its quality may or may not be up to NPU’s normal quality standard.