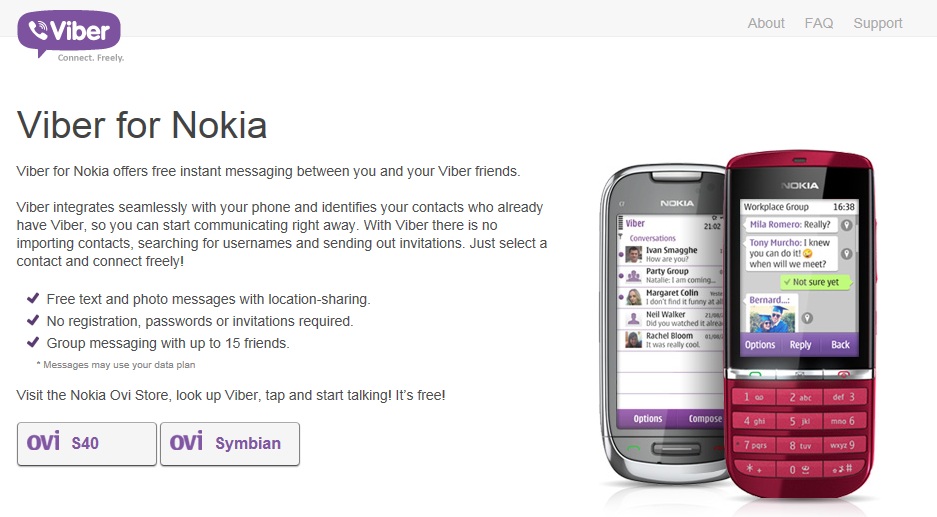 Viber,  is a free cross-platform IM and VOIP call service which is very well-known for its HD quality voice calls on other platforms like iOS and Android. Now, Viber has arrived at Nokia Store for Symbian and S40 devices. Franky speaking, it didn’t impress us too much initially, as we already have number for IMs with voice calls like Nimbuzz and Fring, available for Symbian and even S40 devices and it has arrived without its more famous HD quality voice calls.

But, now seems that Viber is going to make amendments to that. In reply to a mail sent by some user, Viber team has confirmed that the current version for Symbian devices without voice calls is the Beta version and the finally released full version will also offer voice calls.

Read the mail sent by Viber team below,

Our users have been vocal about asking for Viber for Symbian, and it was important to us to deliver on our promise of more devices, and more platforms. That’s why we rolled out the Beta version first – so Symbians’s loyal users can have a Viber experience while we simultaneously finish development on the full version, which will also offer voice.

Initially, you can use Viber’s many features that let you do more with your phone, like instant message delivery confirmation, high-quality photos, location sharing, and an indication that your friend is typing. Just like with our iPhone and Android versions, it seamlessly integrates with Symbians’s interface and IDs your existing contacts with Viber installed, so you don’t need to import friends.

We know you are eager to keep doing more with Viber. We are hard at work on the release of Viber for Symbian, which will have Viber’s signature HD-quality voice communication. We promise that as soon as the full version is ready, we will make it available so you will be able to use Viber for Symbian to also make free calls to any other Viber user, anywhere in the world.

Since our start, we have been committed to expanding features and platforms. Viber for Symbian is just one of our growing list of interoperable platforms – stay tuned as we announce more.