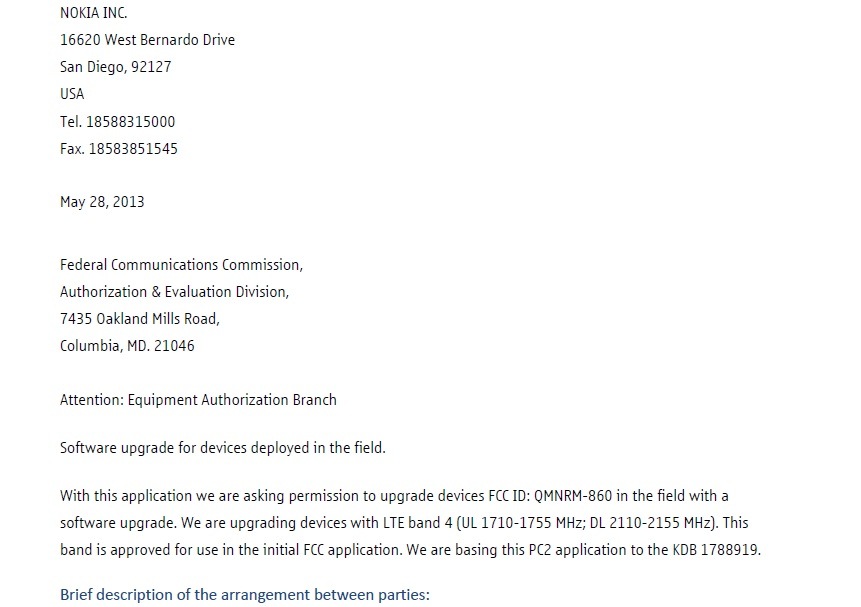 According to a document published by FCC, Nokia has recently sent in an application asking for the permission to upgrade the software of RM-860 (Lumia 928) which will make the device capable of using the carrier’s new AWS LTE Band 4 connection. The letter also states that the band was earlier approved in the initial FCC filing and hence it shouldn’t be long when Nokia is granted the permission.

AWS LTE is said to double the uplink and downlink speeds of the regular traditional connection. This will offer super-fast browsing as well as Downloading and Uploading. AWS is expected to be deployed in the major US cities in the coming months.

If approved (which is sure to happen), Nokia Lumia 928 will join the league with the GS4 to be one of the 7 devices which will be made AWS LTE compatible. Chances are that Lumia 928 might indeed become the first device running on the AWS bands overtaking the previously rumored GS4.

The update is only adding the support for another LTE band and won’t change anything else. Hence, SAR values, Power, Emission and Designation will remain the same. This is another reason why FCC shouldn’t be taking long to approve this request.