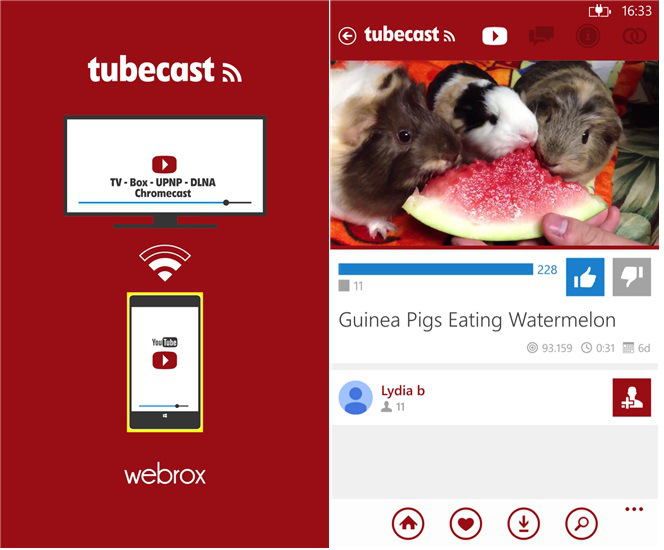 Tubecast, a popular third [party client for YouTube that lets you even cast your videos with Chromecast & AirPlay has got a major update in the Windows 10 store. The update has been made available for Mobile as well as PC. The latest update version is 1.6.0.8.

Thanks karan for this tip!!!!