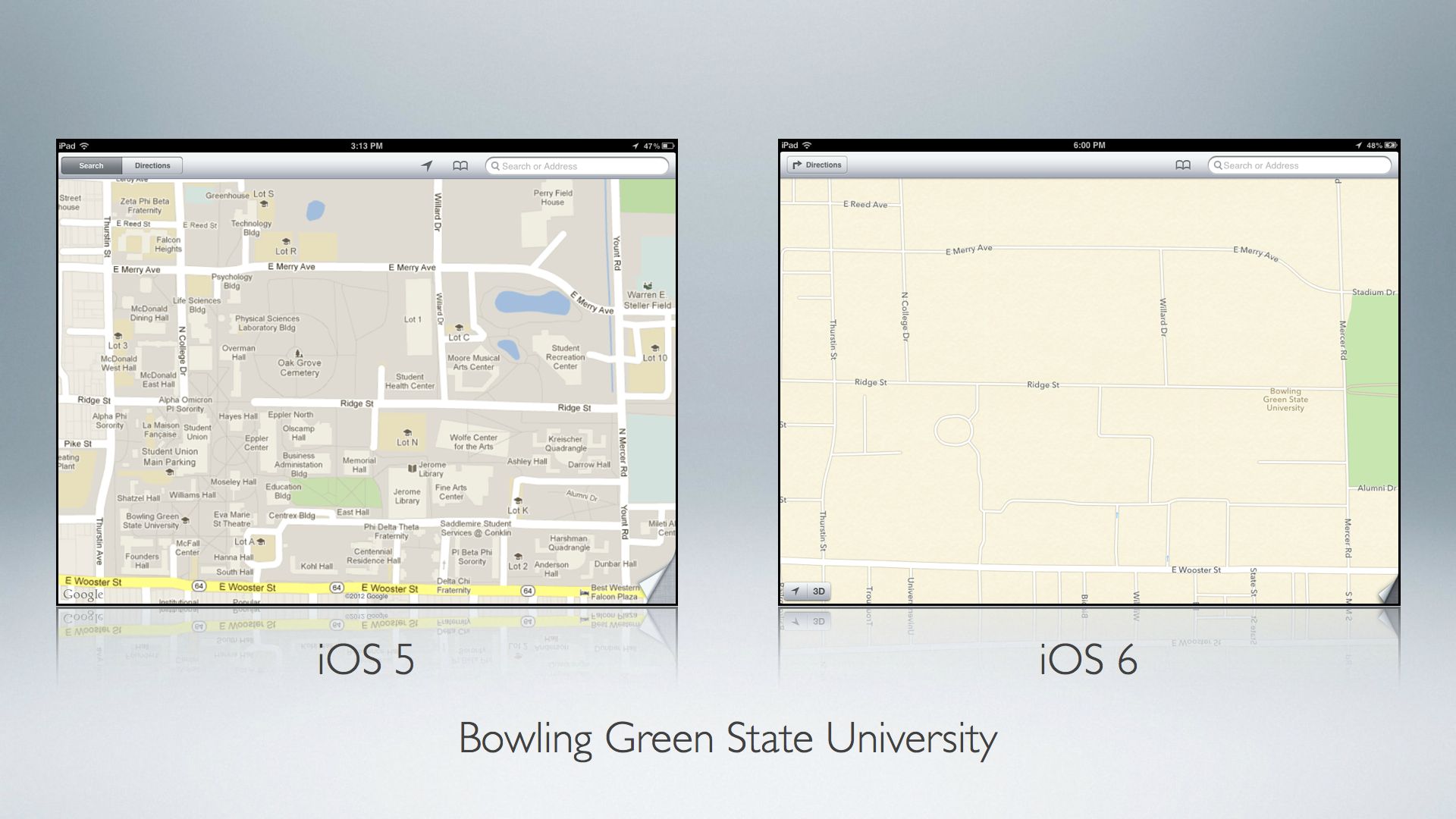 There is a lot going on Twitter and many of the Blogs. iPhone owners especially those who updated to iOS 6 are getting restless with the inferior quality Maps served to them by Apple after banning Google Maps from the iOS.Many of them are wishing they could haven’t updated in the first place.

Have a look at some of the images and tweets comparing the Apple’s iOS 6 maps with erstwhile Google Maps.

There are many such images from India and Japan also on the blogs,

Some funny Twitter accounts in name of iOS 6 Maps as well,

Nokia took a swipe on the iOS 6 Map situation tweeting,

As if this was not enough Nokia has finally released a very neat infographic detailing how Nokia mobile Maps are much superior to Google and Apple’ maps in many ways. In many ways, this infographic may serve as an eye-opener for  many iOS and Google Maps fans. With greatest worldwide coverage, 110 +  number of countries where voice guided turn-by-turn navigation is available, full offline maps and navigation, Nokia Maps looks like true benchmarking for Mapping solutions worldwide. Check the infographic.